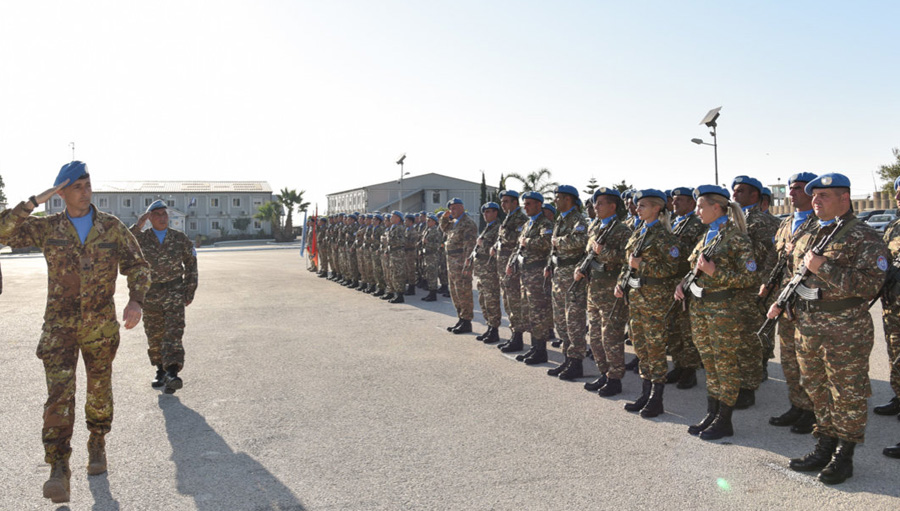 (Panarmenian) – Two female Armenian soldiers have for the first time been recruited in the United Nations Interim Force in Lebanon (UNIFIL).

The matter was in the focus of attention at a meeting of the Brigadier General of International Peacekeeping Forces in Lebanon, Bruno Pisciotta, and Armenian Ambassador to Lebanon Vahagn Atabekyan.

Atabekyan was attending a ceremony of awarding Armenian peacekeepers at the headquarters of International Peacekeeping Forces in Lebanon.

The ambassador thanked the Armenian peacekeepers for implementing the mission with great responsibility.

Pisciotta too hailed the Armenian servicemen.