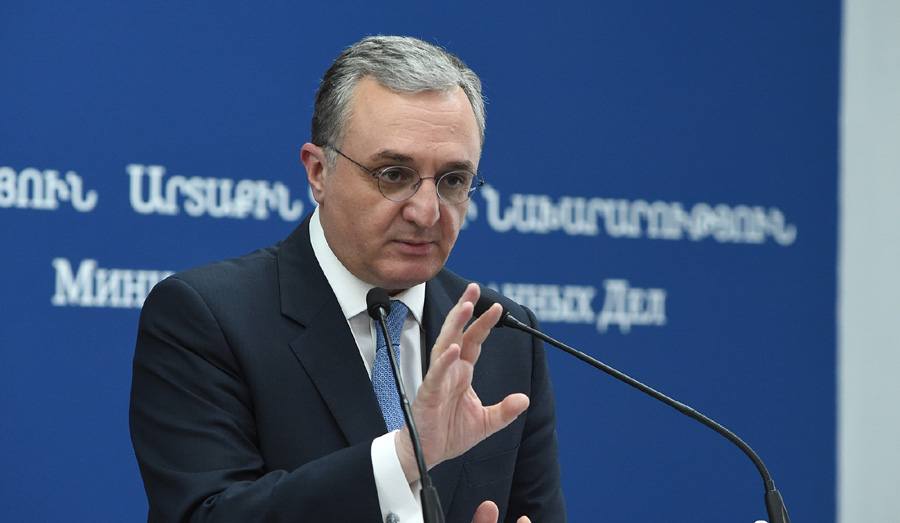 Armenia is ready to establish relations with Turkey without any preconditions, but the process requires two parties, Armenian Foreign Minister Zohrab Mnatsakanyan has said, Public radio of Armenia reports.

“However, the policy of the second side is working in an absolutely different direction. The fact of Turkey being a threat gets reflected in the policy it conducts, in its actions and its rhetoric,” Mnatsakanyan said at a joint press conference with Jordan’s visiting Foreign Minister Ayman Hsafadi.

“The ongoing blockade of Armenia, the lack of desire to establish bilateral relations, the lack of any step in that direction, the unequivocal military and political support to Azerbaijan in the Karabakh issue pose a security threat to Armenia,” the Foreign Minister stated.

As for the Zurich protocols [on the establishment of relations], those have been rejected by Turkey, the Foreign Minister stated.

Zohrab Mnatsakanyan refrained from commenting on a recent Nordic Monitor report on Turkey palming a military operation against Armenia.

“I cannot confirm the authenticity of the report,” Mnatsakanyan said, adding that “it’s up to Turkey to do that.”

He, added, however, that “the issue is certainly worrisome, and we’ll continue to follow it.”

The report cites a secret memo that reported missing pages from classified documents which detailed the action plan.

The internal memo dated May 23, 2016 and presented to the General Staff by the Directorate of Operations, says some of the pages that included air strike operations against Armenia had gone missing. A legal investigation was launched into the incident.

According to the short memo drawn up by the inspectors to brief the General Staff, the secret plan was finalized on July 13, 2001.