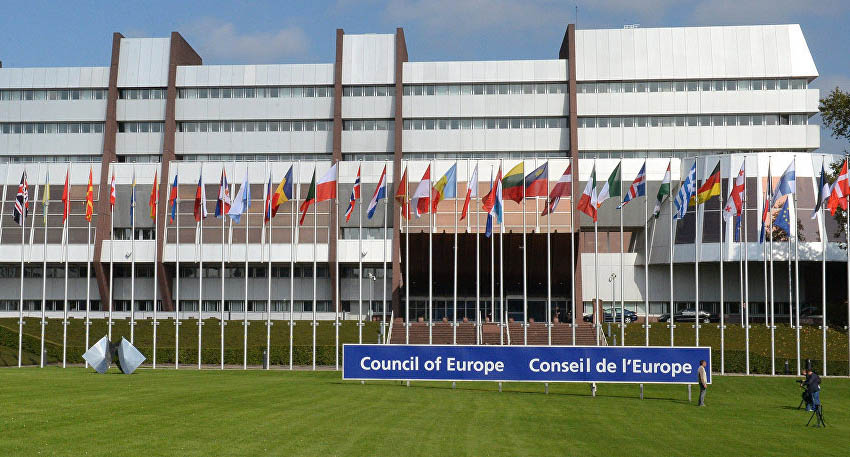 An annual press freedom report released by the Council of Europe (CoE) has revealed that Turkey has not replied to any of the alerts submitted to the CoE Platform to Promote the Protection of Journalism and Safety of Journalists.

The report, titled “Democracy at Risk: Threats and Attacks Against Media Freedom in Europe,” underlined that journalists in Turkey continued to face extraordinary repression in 2018.

“Despite the official ending of the state of emergency in July 2018, Turkey remains the world’s largest imprisoner of journalists and has been rated as one of the worst performers in the world in terms of freedom of expression and media freedom,” the report said.

“As of 31 December 2018, there were 92 active alerts on Turkey, including 110 cases of journalists in detention,” the report said, adding that “14 new alerts were submitted to the Platform in 2018 and Turkey has not replied to any of these alerts.”

Since the attempted coup of July 2016 and under the state of emergency that was imposed thereafter, over 200 journalists have been arrested or detained due to their publications.

The arrest of journalists and media workers continued throughout 2018, in particular in the Kurdish-dominated Southeast of the country.

The majority of arrested journalist face charges of membership in or propaganda of the outlawed Kurdistan Workers’ Party (PKK) or the faith-based Gülen movement, which the Turkish government labels as a terrorist group.

“The broad interpretation of the concept of terrorist propaganda, including in cases concerning journalists where there was no incitement to violence, has been repeatedly denounced, including by the Council of Europe Commissioner for Human Rights,” the report said.

Drawing attention to the use of prolonged solitary confinement against detained journalists, the report highlighted that journalists such as Deniz Yücel and Nedim Türfent spending months alone was tantamount to torture under European Court of Human Rights (ECtHR) case law.

“Evidence obtained through torture has also been deemed admissible by judges in trials against journalists,” the report underlined.

In 2018 verdicts in the form of lengthy prison sentences were handed down to Ahmet Altan, Mehmet Altan and Nazlı Ilıcak in the first major mass criminal proceedings against journalists on terrorism-related charges under the state of emergency.

“The cases were characterized by gross violations of the journalists’ right to liberty, a fair trial and freedom of expression,” the report said, arguing that the trials illustrated the almost complete collapse of the rule of law in Turkey and highlighted major concerns relating to the role of the judiciary and its independence.

Alpay was later released from pre-trial detention following a subsequent judgment of the Constitutional Court, while the criminal courts maintained their rejection to the release of Altan.

The report made reference to the Article 153 of the Turkish Constitution which stipulates that all Constitutional Court rulings enter into force immediately and are binding for the legislative, executive and judicial branches, including the administration and officials.

“The decision of the lower court appeared to be the direct result of political pressure, amounting to interference with its independence and indicating a grave violation of the rule of law,” the report stressed.

In March 2018 the ECtHR announced judgments on applications filed on behalf of Altan and Alpay, ruling that their right to liberty and security as well as freedom of expression was violated.

While Alpay had already been conditionally released, Altan remained in pre-trial detention until June 2018.

Ultimately, both were conditionally released and placed under house arrest and a travel ban.

“Verdicts on eight further cases of journalists in Turkey, granted priority status by the ECtHR, are still pending,” the report said.