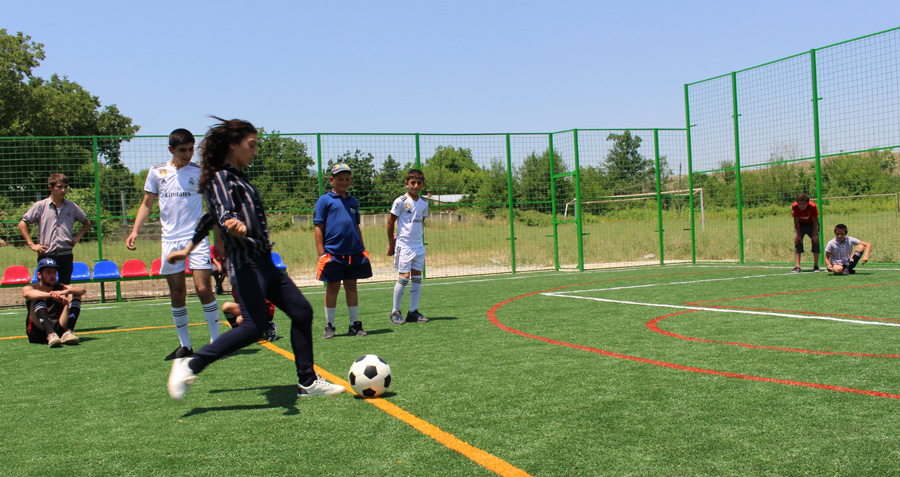 June 20, 2019, KOVSAKAN, ARTSAKH: The representatives of the Tufenkian Charitable Foundation alongside with its supporters participated in the opening ceremony of a newly built universal sports field in the community of Kovsakan, in the southern part of liberated Kashatagh, Artsakh. The Foundation conducted the construction process with the support of Mr. and Mrs. Victor Zarougian and Judy Saryan also Mr. Armik Khosrofyan. The construction of the field is one of the many community and economic development projects in Kashatagh that the foundation implements since 1998 in the liberated territories of Artsakh Republic. 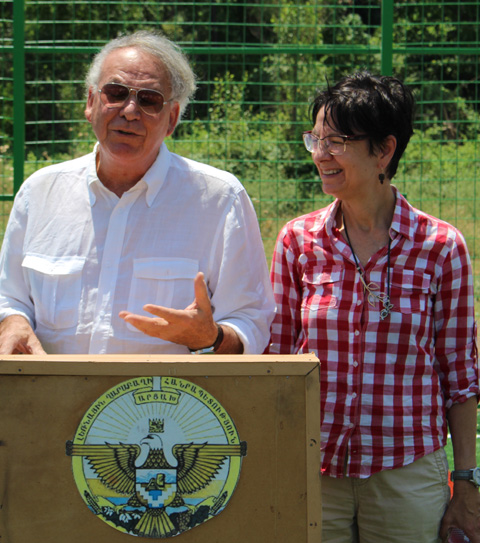 This field has a high-quality artificial turf cover and includes markings for football, volleyball, and basketball. Such fields are popular among junior sports academies and have standards approved by FIFA and other international sports authorities. The athletic hub is one of the first steps in the 5-year development plan created by the foundation for southern Kashatagh region.
“Kovsakan is one of the major towns in the southern part of Kashatagh, and both resettlement and community building are priority goals for us. We will continue implementing our philanthropic and development projects in Artsakh and hope that new people will join us in this initiative”, – says the director of Tufenkian Foundation, Raffi Doudaklian.

Resettlement of the liberated territories is one of the core objectives of the Tufenkian Foundation. Alongside with its partners and with the support of various donors, the Foundation conducts housing and economic development projects in the liberated territories. Kashatagh is currently the main spot. Later this year, the Foundation will conclude a three-year development plan for a cluster of villages in the northern part of the Kashatagh district, around the town of Moshatagh. At the same time, the Tufenkian Foundation will launch a five-year development plan for the four villages in Kashatagh’s south, including Mijnavan community.

“Besides sports and a healthy lifestyle, we still concentrate on key factors of community development. Those play a key role in the process of development of the villages and towns of the liberated territories of Artsakh.” – Said Husik Sargsyan, Artsakh country director of the Foundation.

Founded in 1999 by entrepreneur James Tufenkian, the Tufenkian Foundation has worked in Artsakh for over a decade. Its on-the-ground efforts feature the promotion of resettlement, infrastructure, healthcare, and other development programs.