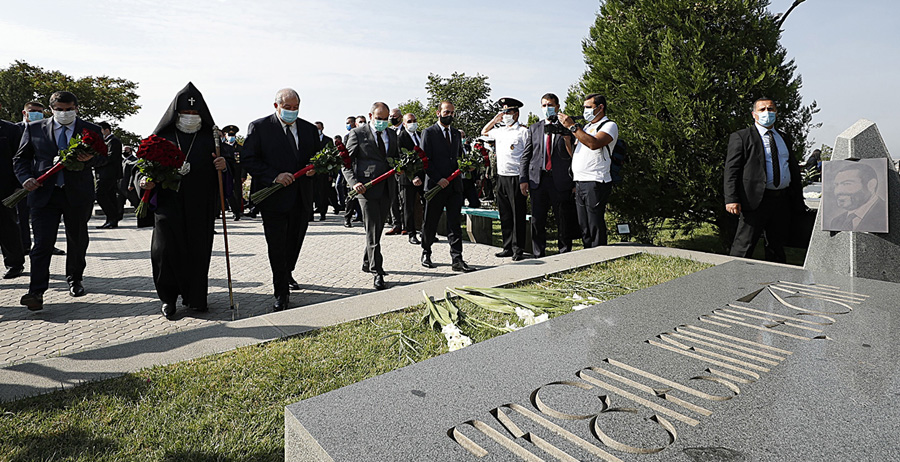 The top leadership of Armenia and Artsakh visited today the Yerablur ilitary Pantheon in Yerevan on the occasion of the 29th anniversary of Armenia’s Independence.

Armenia’s Prime Minister Nikol Pashinyan, President Armen Sarkissian, Speaker of Parliament Ararat Mirzoyan, Catholicos of All Armenians Garegin II and President of Artsakh Arayik Harutyunyan laid flowers and paid tribute to the memory of the Armenians fallen for the independence of the Homeland.

Today, on September 21, the Third Republic of Armenia is celebrating its 29th anniversary of Independence.

29 years ago the Armenian people said its decisive “yes” through a referendum to declare independence. 99,5% of voters voted in favor of Armenia being a democratic independent state outside the USSR. Two days later, on September 23rd, the Supreme Council declared Armenia an independent, sovereign republic.

The declaration of the newly independent Armenia gave the start of the Third Republic of Armenia’s history.