The U.S. has used this genocide as a political tool. It’s time for that to change 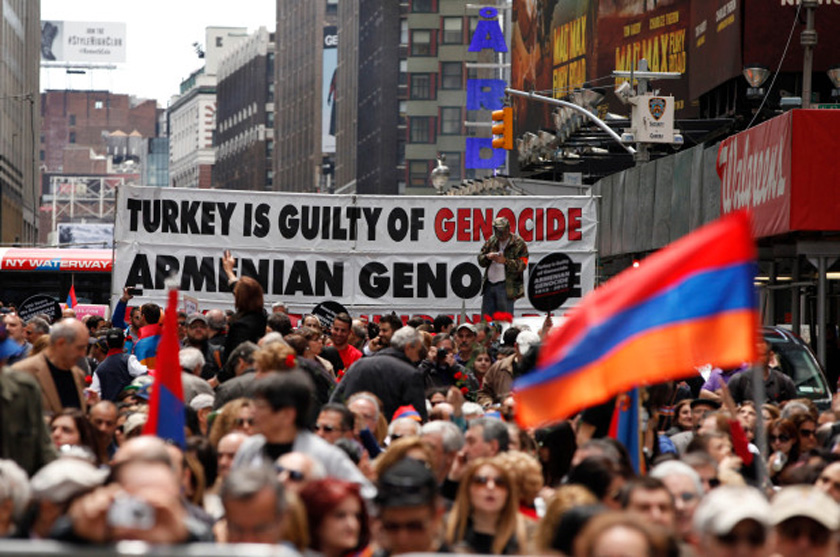 Khatchig Mouradian is a lecturer in Middle Eastern, South Asian and African Studies at Columbia University. His book “The Resistance Network: The Armenian Genocide and Humanitarianism in Ottoman Syria during WWI” is forthcoming in 2020.

The Armenian genocide is casting its shadow on the halls of Congress once again this week, as lawmakers in the House of Representatives consider a resolution recognizing the crime. The resolution would acknowledge the uprooting, dispossession and destruction of an entire nation during World War I, encourage public understanding and commemoration of what happened, and reject the denial of genocide.

The measure is a long time coming. Yet, for Armenian American descendants of genocide survivors, it engenders an acrid feeling of deja vu.

Over the past two decades, similar resolutions have been repeatedly introduced and passed committee three times, but have never reached the floor, collapsing under pressure from successive administrations. This has been the case under Bill Clinton in 2000, George W. Bush in 2007 and Barack Obama in 2010.

Those who oppose the resolutions typically cite imminent damage to national security interests and U.S.-Turkey diplomatic and trade relations, evoking Ankara’s threats to curb access to U.S. military bases in Turkey and claiming that the lives of U.S. soldiers would be in danger should the resolution pass.

Each time, U.S. media coverage references these intimidations and, for good measure, mentions how the Turkish government has spent millions of dollars on lobbying firms working to quash the bill. Yet, each time, the resolutions were shelved with little regard for the broader signal this sends.

Convenient as it is to place the blame squarely on Turkey’s lobbying and threats, the United States exercises significant agency here. Washington has exploited and weaponized Armenian genocide resolutions to extract concessions from Ankara on other fronts — and continues to do so today.

Most recently, Newsweek reported that the Trump administration considered threatening Turkish President Recep Tayyip Erdogan with U.S. recognition of the Armenian genocide if the Turkish army invaded northern Syria following the U.S. military withdrawal. After Turkish forces swept into northern Syria, congressional leaders — incensed by Ankara’s belligerence — announced that a vote on the most recent iteration of the Armenian genocide resolution will be considered this week.

But recognizing the Armenian genocide should not be treated as a political tool. Up to 1.5 million Armenians were forced from their homes and deported in 1915. Those who survived the initial rounds of massacres were interned in concentration camps in the Syrian desert, before a second round of massacres in 1916 in Ras ul-Ain and Der Zor.

Some 30 countries around the world (including Canada, France, Germany, Switzerland and Russia), and 49 U.S. states affirm the veracity of the Armenian genocide. The House itself has acknowledged the genocide in 1975 and 1984, before pressure from Ankara turned the issue into a political bargaining chip. Since then, Washington has systematically avoided designating the crimes as genocide, going so far as to dismiss an ambassador who uttered the g-word.

Now, the few survivors of the Armenian genocide who are still alive, and hundreds of thousands of Armenian American descendants of survivors, are cautiously hoping for a measure of justice, while bracing for yet another failure of U.S. leadership.

The bipartisan sport of killing Armenian genocide bills and weaponizing the suffering of its victims must end. By passing this resolution, the House can help ensure that the Armenian genocide is acknowledged and commemorated, but no longer exploited.