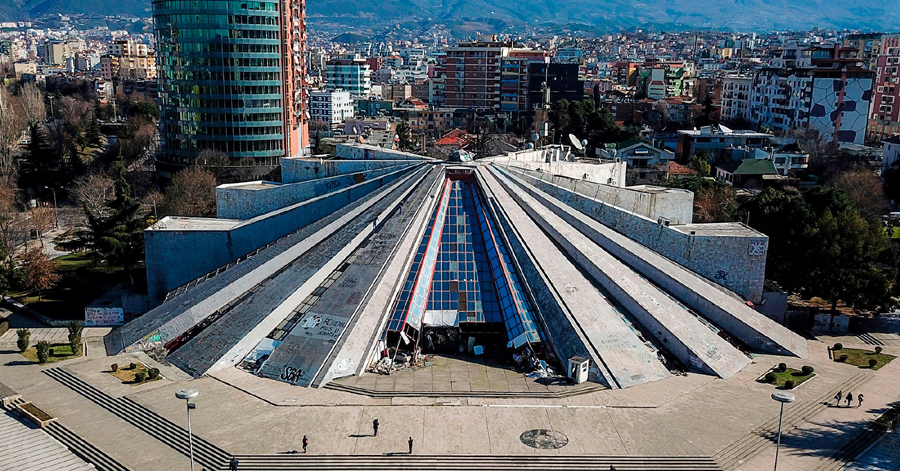 The Pyramid of Tirana, a reminder of Albania’s totalitarian past, will be reborn as one of TUMO’s newest centers.

Looking like a fantastical skate park or an abandoned modernist shopping mall, the Pyramid of Tirana was erected to celebrate the Albanian dictator Enver Hoxha immediately after his death in 1985, Bloomberg reports.

It’s long been abandoned and closed to the public, and the city council even decided to demolish it in 2011, but it was saved after an outcry and now, finally, there are plans to put it to good use, according to Joni Baboci, Tirana’s general director of planning and urban development. It will be reborn as an education center where tourists will also be welcome.

In its reincarnation, the pyramid will be known at the Tumo Center, the seventh location of an Armenia-based program that seeks to offer teenagers training and workshops in technology and design. There will also be an open plaza with public spaces, including a library. And there will be units that startups can hire, especially those that are complementary to the Tumo program.

“The pyramid will function as a not-for-profit center whose total leaseable area inside is 6,500 sq meters, out of which 3,000 square meters will house Tumo Tirana and the other half will be dedicated to arts, media, visual arts and the ICT  (Information and communications technology) community,” according to the Albanian American Development Foundation.