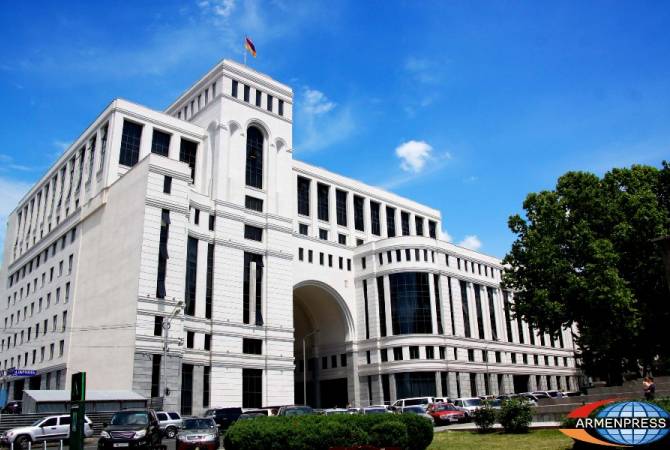 The Foreign Ministry of Armenia ahs issued a statement regarding the Azerbaijani regular bombing of Ghazanchetsots Cathedral in Shushi town of Artsakh. As ARMENPRESS was informed from the press service of the MFA Armenia, the statement runs as follows,

‘’On October 8, the armed forces of Azerbaijan launched airstrikes at the masterpiece of the Armenian architecture – the Holy Savior Ghazanchetsots Cathedral located in the cultural capital of Artsakh, Shushi, causing significant damages.

This is another crime of the military-political leadership of Azerbaijan, which reveals its inhuman essence. Nevertheless, this action fully fits into its policy of Armenophobia developed for decades. Azerbaijan, which has completely annihilated the Armenian cultural heritage in Nakhichevan and in other parts of the historical homeland of the Armenian people, now throughout the ongoing military aggression against Artsakh is trying to deprive Armenians of Artsakh of their homeland and historical memory.

With these actions Azerbaijan replicates behaviour of its newly acquired allies – the infamous international terrorist organizations, who are responsible for destruction of the numerous historical-cultural monuments in the Middle East.

We condemn in the strongest way this heinous crime of Azerbaijan is also a challenge to the whole civilized humanity.

In this regard, we remind the Azerbaijani military-political authorities that targeting religious worship sites and cultural monuments is war crime as enshrined in international humanitarian law, the responsibility for which has no statute of limitations’’.

A number of reporters were injured during the bombing, one of them, a Russian journalist, is in critical situation. Doctors of Artsakh are sparing no efforts to save his life.