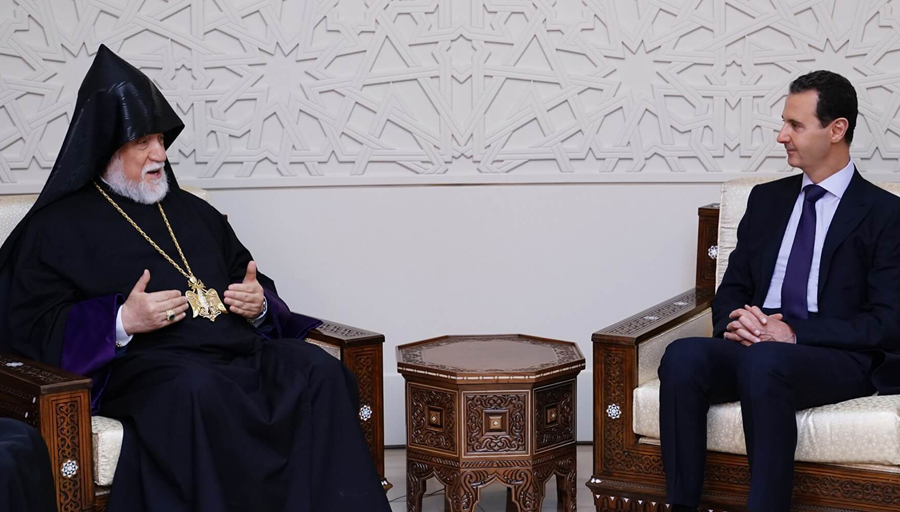 During an hour-long meeting the interlocutors discussed the current situation in Syria and issues related to the Armenian community.

His Holiness Aram I expressed gratitude to President Assad for the contribution to the restoration of the Holy Forty Martyrs Armenian Church in Aleppo.

He also recalled the kind attitude of the Syrian people to the Armenians after the 1915 genocide in the Ottoman Empire.

The Catholicos stressed that the Armenian community of Syria is important for Armenians worldwide from different perspectives.

President Assad, in turn, praised the contribution of the Armenian community, noting that Armenians are equal citizens of Syria and share the same rights and responsibilities.

President Assad stressed that Syria was and will remain the homeland for all its citizens, regardless of religion or race, praising the role played by Armenians in Syria.

He hailed Armenians as trustworthy and diligent citizens, who have greatly contributed to Syria’s progress.