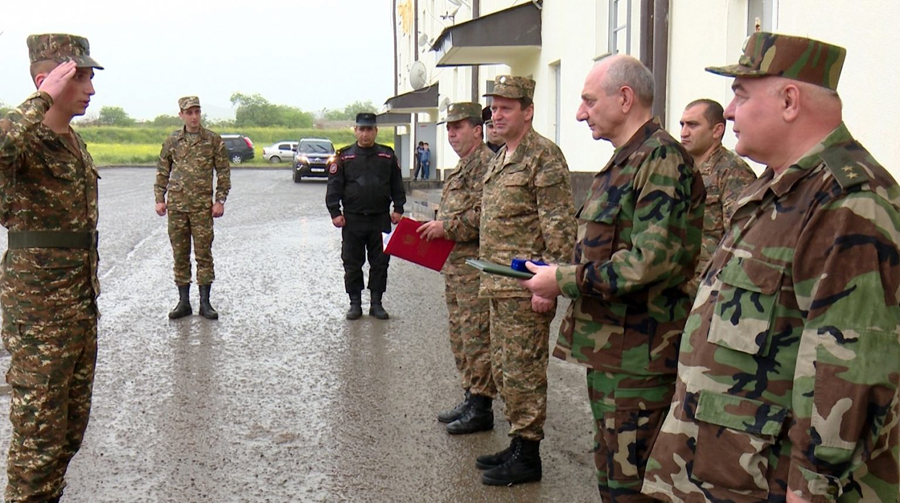 President of the Artsakh Republic Bako Sahakyan, accompanied by Defense Minister, Army chief, Major General Jalal Harutyunyan, visited one of the military units located in the southern direction of the Defense Army and to meet with the staff that downed an Azerbaijani UAV on April 21, Public Radio of Armenia reports.

The Commander-in-Chief of the Armed Forces of the Republic of Artsakh thanked the personnel of the anti-aircraft defense unit for their patriotic service and presented them with state awards.

The anti-aircraft defense units of the Artsakh Defense Army downed an Azerbaijani Orbiter unmanned aerial vehicle as it entered Artsakh’s airspace on April 21.