Simon Martirosyan: From Dadivank to Tokyo 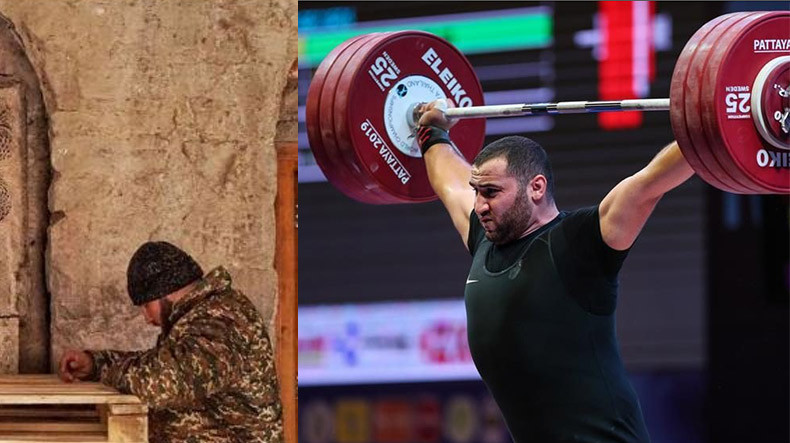 In the clean and jerk, the Armenian athlete lifted 228 kg, but he could not lift 238 kg twice.

Martirosyan won a silver medal in the men’s 109 kg weightlifting category with a combined total of 423 kg.

Incidentally, after the end of the war unleashed by Azerbaijan against Artsakh in autumn 2020, the Armenian weightlifter made great efforts to evacuate khachkars (Armenian cross stones) from the Dadivank monastery that fell under Azerbaijan’s control.

“As I have repeatedly said, we are not fighting against people, but against the masters of darkness on Earth. God is the witness, the day of judgment for the Turks will come … Let’s arm ourselves with the power of God. The Turks will answer for every drop of innocent blood shed, they are fighting against God’s people, against the Church. These bastard Turks do not even realize that darkness can never defeat light. Amen!” Martirosyan said in a Facebook post on 15 February.

They say, if Simon had not gone to war and instead trained, he would have won the Olympic gold medal in Tokyo. But there is no title higher than the champion of the motherland.