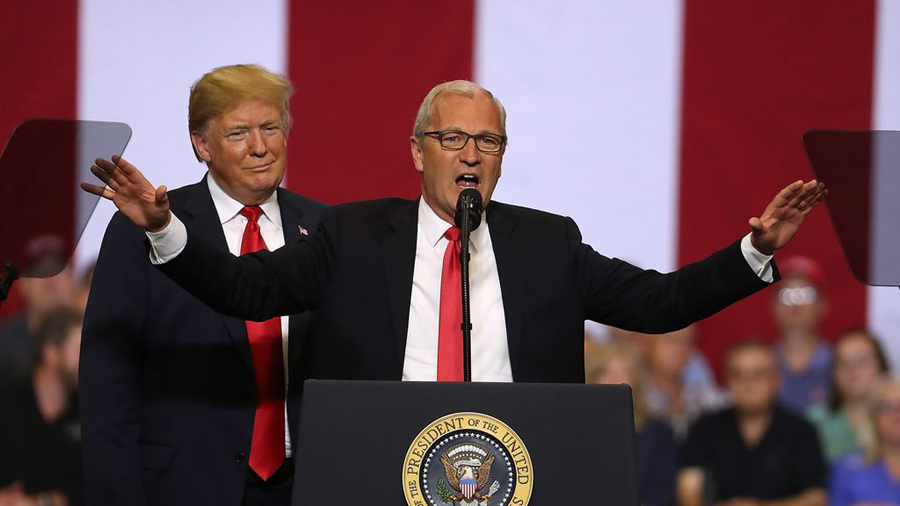 “President Trump is finding it harder and harder to find pro-Ankara allies among Senate Republicans who are – with just a handful of exceptions – sick of Erdogan and tired of enforcing his foreign vetoes,” said ANCA Executive Director Aram Hamparian. “If this issue were being played out on a chessboard, it would be something like Trump – already in a weak position and down pieces – trading away pawns, senselessly sacrificing his own pieces in a clearly lost cause.”

”Any apprehension or trepidation on the parts of senators who believe this resolution will do irreparable harm with our relationship with Turkey is unfounded,” stated Sen. Menendez. “Twenty-seven countries have recognized the genocide in one form or another. Some saw trade increases in turkey following their recognition. Twelve members of NATO have recognized it. They still have embassies in Turkey, their relations were not harmed. Belgium, Canada, the Czech Republic, the Netherlands, Poland, the Slavic republic, they all did the right thing. I say to my friends and colleagues: genocide is genocide. Senators in this body should have the simple courage to say it plainly, say it clearly, and say it without reservation.”

Senator Cruz concurred, “Yes, Turkey is a NATO ally, but allies can speak the truth to each other. We should never be afraid to tell the truth, and alliances grounded in lies are themselves unsustainable. Additionally, the foreign relations committee in the coming days will be marking up an enormous package of sanctions on turkey. The horse has left the barn. There’s no good reason for the administration to object to this resolution and the effect of doing so is to deny recognition of this chilling moment of history.”

Senator Cramer, who as a U.S. Representative, was a cosponsor of Armenian Genocide legislation during the previous term, objected to the Unanimous Consent request, explaining, “I support the spirit of this resolution. I suspect 99 of my colleagues do and at the right time we may pass it as senator Cruz has stated. However, I do not think this is the right time. If there is a right time, this isn’t it largely because just hours ago our president returned from London, the NATO summit with NATO leaders where this was a topic of discussion with the leadership from Turkey.”

Senator Menendez, sharing his disappointment at the third Republican block of the measure, countered, “There’s never a ‘good time.’ In my view there’s always the right time, however, to recognize genocide as genocide.” Citing Sen. Cramer’s past support, Sen. Menendez restated, “the time was right then and the time is right now.” Senator Menendez has pledged to make Unanimous Consent requests on a weekly basis until S.Res.150 is adopted.

Upon hearing of Senator Cramer’s likely opposition, actor and producer Dean Cain tweeted: “Hi @SenKevinCramer hoping that you won’t block the bill today on the Armenian Genocide recognition, my friend,” referencing a meeting he had with then Rep. Kevin Cramer and ANCA Representatives in September, 2017, in support of Armenian Genocide legislation. In addition to Congressional meetings, Cain had joined Montel Williams in Washington, D.C. at the time for the Capitol Hill premiere of their anti-genocide documentary, “Architects of Denial.” Sen. Menendez tweeted, “If Superman himself can get behind recognizing the #ArmenianGenocide, why can’t the White House and their Republican allies in Congress?” – referencing Cain’s internationally acclaimed portrayal of “Superman” among his many acting credits.

Cramer is the third Republican Senator to block passage of the measure, following Senators Lindsay Graham (R-SC) and David Perdue (R-GA). Sen. Graham has since stated that he won’t raise objections to passage of the legislation in the future. The ANCA has issued a national call to action to contact Senator Cramer at (202) 224-2043.

Senate Democratic Leader Charles Schumer, who has been a perennial supporter of Armenian Genocide legislation, issued a powerful statement calling for passage of the measure. “All countries should recognize the horrific genocide of the Armenian people that occurred 104 years ago,” said U.S. Senator Charles Schumer. “It is my sacred duty to speak out against the genocidal terrors of the past and for those victims who cannot speak of it themselves, and that’s why I am a proud co-sponsor of this Senate resolution. I stand with the worldwide Armenian community in labeling the atrocities against the Armenian people as genocide.”