Report of Saudi Support for Genocide Bill is Fake 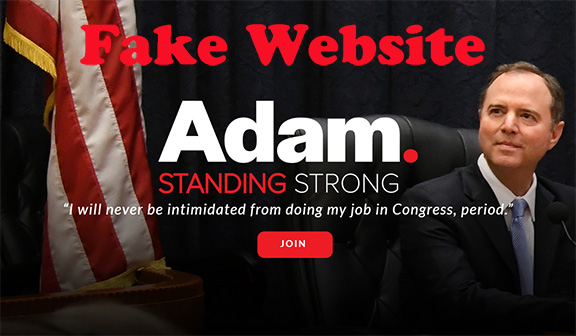 A news item claiming that Saudi Arabia’s Ambassador to the United States has pledged to Rep. Adam Schiff to work toward the passage of an Armenian Genocide resolution is false and was published on a website called Adamschiff.com, which is also a fake website purporting to be the congressman’s campaign portal.

“A fake web page impersonating Rep. Schiff’s campaign website was recently created, and a press release was posted describing a meeting between Rep. Adam Schiff and the Saudi Ambassador. The website is fake, and the meeting described is completely false. There was no such meeting and Rep. Schiff has never discussed these issues with the Saudi government. Rep. Schiff will take appropriate steps to report this effort to spread disinformation,” said Emilie Simons, a spokeswoman for Rep. Schiff:

The article, written in poor English with factual and grammatical errors, suggests that Princess Reema bint Bandar Al Saud, the Saudi Ambassador to the U.S., allegedly has agreed to financially sponsor the Armenian Genocide resolution after purportedly being asked by Schiff, who is a co-author of the resolution, and in the article has been mistakenly identified as a Republican. Such an “ask” by a member of Congress is illegal.

The article titled, “Riyadh to Take Revenge on Erdogan by Supporting the Congress Resolution Recognizing Armenian Genocide,” claims that “It seems that Princess Reema’s meeting with Senator Schiff and her support for the Resolution has been Riyadh’s diplomatic response to Turkish actions over the past months regarding the murder of Jamal Khashoggi and this meeting brings a clear message to Ankara.”

An investigation into the origins of website revealed that adamcshiff.com [sic] domain was purchased on April 24 and routed to the adamschiff.com url.

The article was posted on April 26, but garnered traction on Monday, when most all media outlets in Armenia picked up the story and without fact-checking ran the story. Among the outlets that reported on this story was azatutyun.am, the Armenian service of the Congressionally-funded Radio Free Europe/Radio Liberty.

One would think if the government of Saudi Arabia was concerned with the Armenian Genocide, official Riyadh would have recognized the Genocide and not employed such a back-door effort to express its support about the issue.