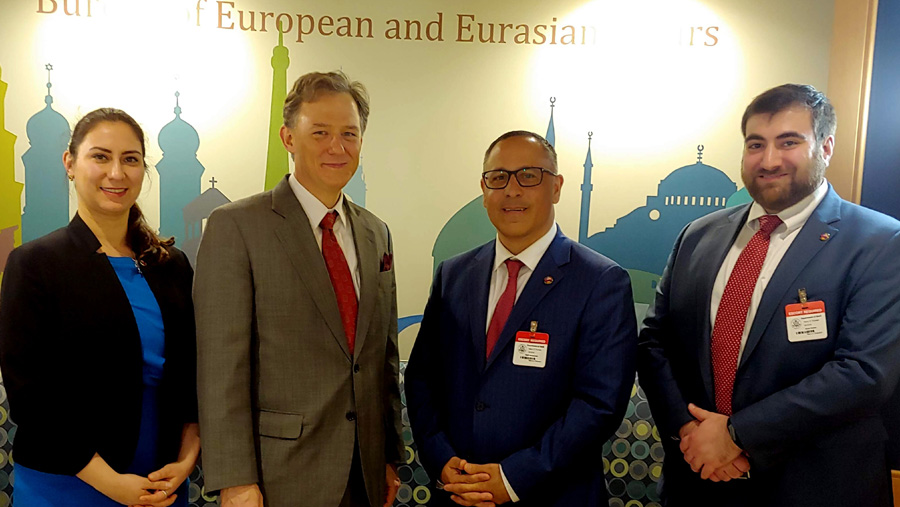 – Ending U.S. complicity in Turkey’s denial of the Armenian Genocide through honest American remembrance of this crime against humanity.

The talks were part of a two-day series of Congressional and State Department meetings timed with the annual Capitol Hill commemoration of the Armenian Genocide, held at the historic Hart Senate Office building on April 9, 2019.  Congressional Armenian Caucus leaders and supporters emphasized the importance of swift passage of newly introduced Senate and Armenian Genocide legislation (H.Res.396 and S.Res.150), which call for a permanent U.S. policy of proper Armenian Genocide remembrance and recognition, ending U.S. complicity in Turkey’s denial of that crime and, promoting broad-based public Armenian Genocide education to prevent future atrocities.