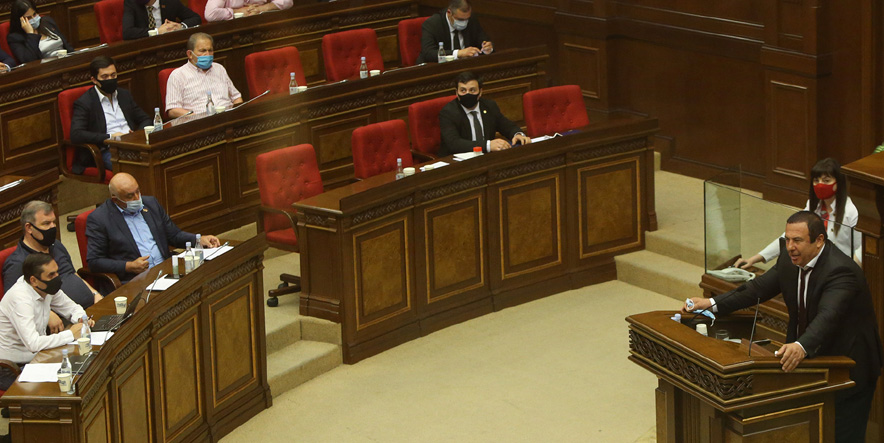 The decision was made through secret ballot. A total of 87 MPs cast their votes. Two opposition factions – Prosperous Armenia and Bright Armenia – did not participate in the voting.

Prosecutor General Artur Davtyan had earlier sent two motions to National Assembly Speaker Ararat Mirzoyan, asking for consent to launching criminal prosecution against the MP and depriving him of his freedom.

Speaking at the National Assembly sitting earlier today Tsarukyan said the charges against him had been fabricated.

He believes the process is a response to his June 5th speech, in which he called on the government to resign.

Gagik Tsarukyan refrained from answering questions and said he was going to the National Security Service.

The motions were filed a day after Gagik Tsarukyan’s home was searched by the National Security Service. He was later summoned to the NSS for questioning.

The National Security Service has since published four statements on cases involving Gagik Tsarukyan or the Prosperous Armenia Party.

The National Assembly will now consider the Prosecutor General’s motion on depriving Gagik Tsarukyan of his liberty.