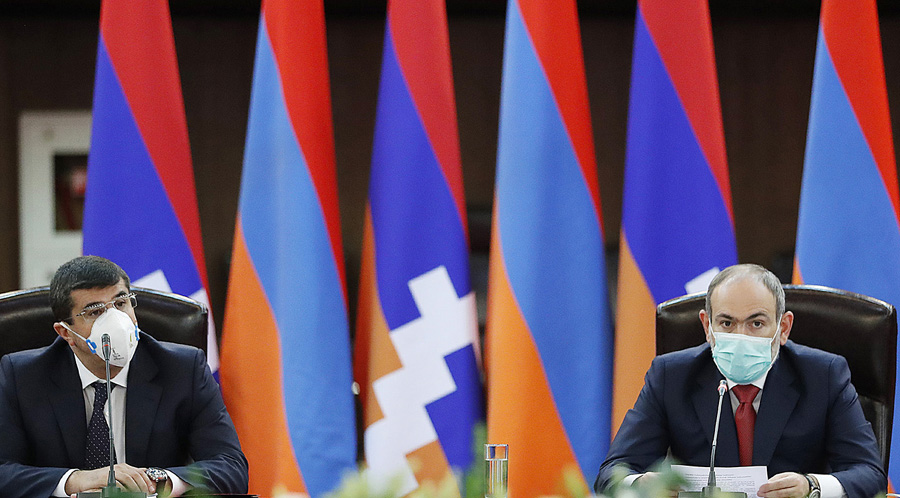 Without the full involvement of the Artsakh authorities, there can be no significant progress in the negotiation process, Armenia’s Prime Minister Nikol Pashinyan said at the joint sitting of the Security Councils of the Republic of Armenia and the Republic of Artsakh, Public Radio of Armenia reports.

According to him, any progress requires reaching and implementing important agreements, and it is here that the people’s mandate received by the Artsakh authorities is irreplaceable.

“The involvement of the Artsakh authorities in the talks is an objective necessity, the avoidance of which will further prolong the already protracted conflict. It is obvious that the parties to the conflict have confronting positions on a number of key issues, and there are many reasons for this situation, but if we try to generalize them for a moment, it becomes clear that we are facing two main problems,” Pashinyan stated.

The first issue, he said, is connected with the unwillingness of the incumbent authorities of Azerbaijan to negotiate with the Artsakh authorities.

“I emphasize the incumbent authorities, because there are people in this hall who not only negotiated, but also signed documents with the former authorities of Azerbaijan, also during the presidency of Heydar Aliyev,” he added.

Second, the Prime Minister said, Azerbaijan does not refuse from its maximalist aspirations and views the peace process as a means of fulfilling all its demands.