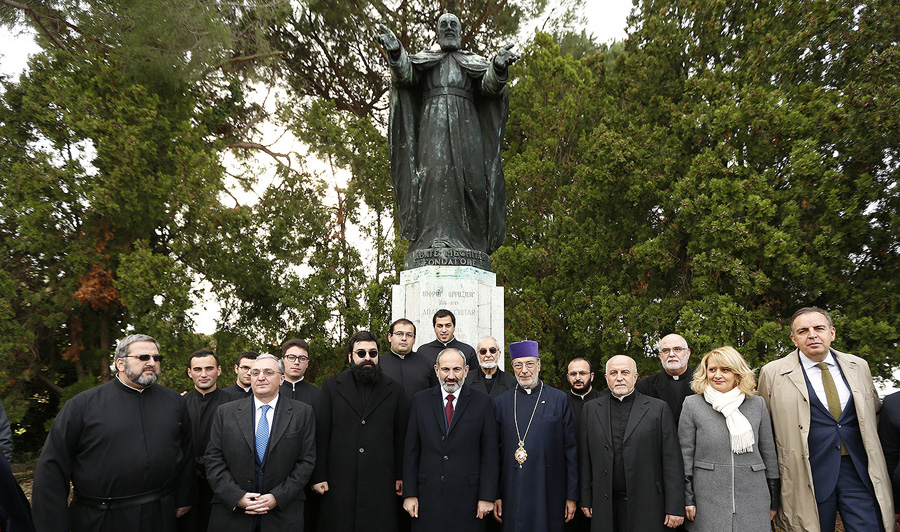 Armenian Prime Minister Nikol Pashinyan’s first stop during the official visit to Italy was Saint Lazarus Island in Venice. The Armenian Premier and his delegation visited the Monastery of the Mekhitarist Congregation, ARMENPRESS’s Shant Khlgatyan reported from the island. Foreign Minister Zohrab Mnatsakanyan also traveled to the island with the PM.

A narrow-format meeting was held with the Mekhitarists. Then, the PM toured the monastery and signed the “Golden Book”.

An expanded format meeting with the monks and Italian-Armenians is also expected. 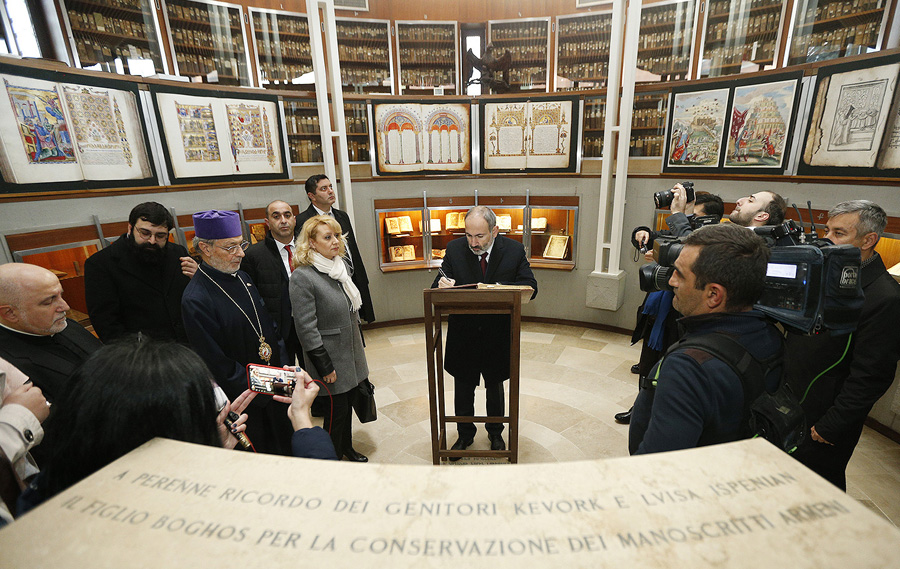