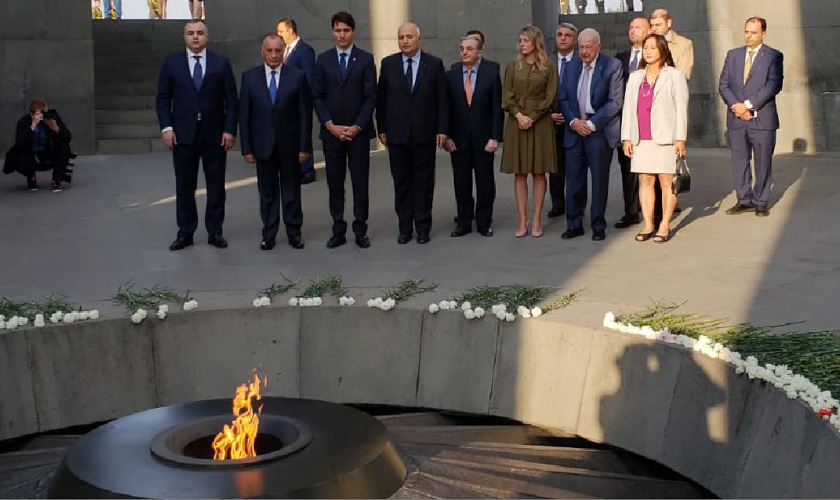 Acting Mayor of Yerevan Kamo Areyan and Minister of Foreign Affairs of Armenia Zohrab Mnatsakanyan accompanied Trudeau during the visit.

Director of the Armenian Genocide Museum-Institute Harutyun Marutyan presented the history of creation of the Tsitsernakaberd Memorial Complex to the Canadian PM.

Trudeau also toured the museum-institute and signed the guest book.

He also planted a symbolic fir tree in the Tsitsernakaberd park.

The Canadian Senate adopted a resolution back in 2002 recognizing the Armenian Genocide.