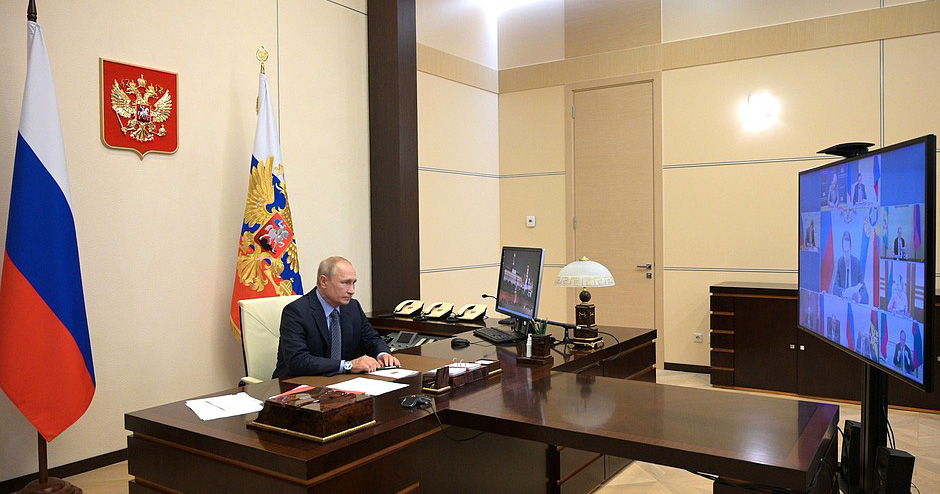 Russian President Vladimir Putin discussed the situation on the Armenian-Azerbaijani border during a video conference with the permanent members of the Security Council, Public Radio of Armenia reports.

The participants held a detailed exchange of views on the situation. Extreme concern was expressed in connection with the ongoing escalation, the urgent need to ensure a ceasefire by the parties. The readiness mediation was emphasized.

The President also informed the permanent members of the Security Council about a series of recent telephone contacts with the Crown Prince of Abu Dhabi, Mohammed Al Nahyan, with German Federal Chancellor Angela Merkel and Iranian President Hassan Rouhani.