President Assad: Syria is fighting terrorists, who are the army of the Turkish, US, and Saudi regimes 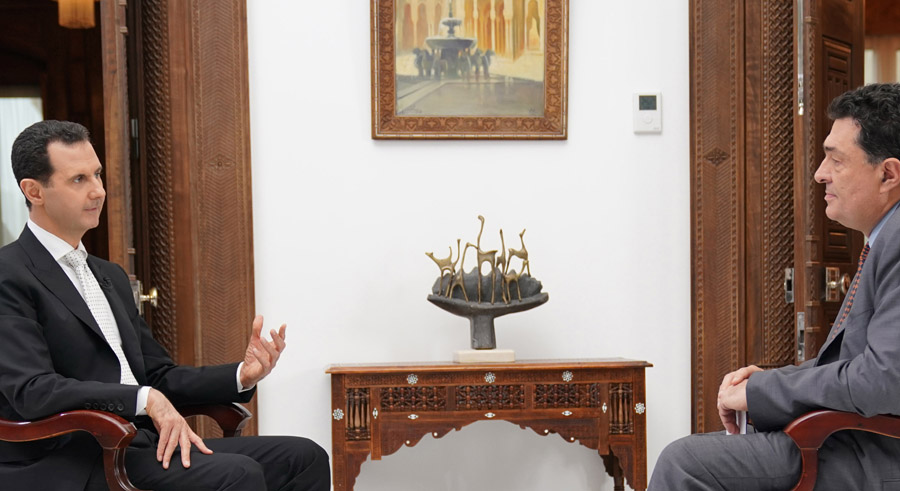 In an interview given to the Greek Kathimerini newspaper, President al-Assad said that Syria is fighting terrorists, who are the army of the Turkish, US, and Saudi regimes, stressing that any aggressor and any army, whether Turkish, French, or whoever, they are all enemies as long as they came to Syria illegally.

Syrian President Bashar Assad said that France, UK and US, along with  Saudi Arabia, Turley and Qatar are fully responsible for the war in Syria through supporting terrorism, describing Western claims about the use of chemical weapons as ‘farce and primitive play’ which only aims at attacking the Syrian Army after the recent defeats of the terrorist groups.

Assad pointed out that the basic pillars of the state’s policy during the war are fighting terrorism, responding to political initiatives provided by various local and international parties, as well as engaging in dialogue with everyone, including militants, and concluding reconciliations.