Paving over history in Diyarbakir 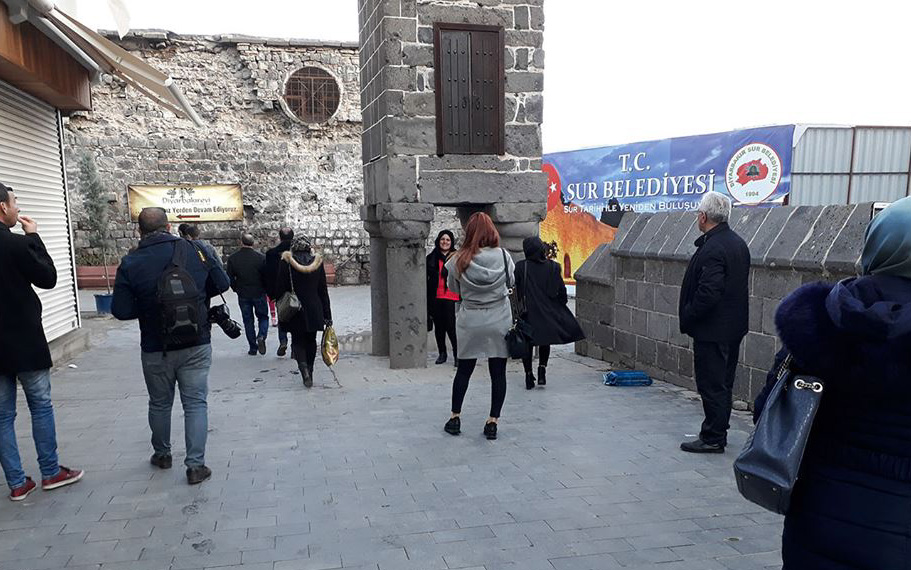 I have to share this photographs I took a few weeks ago in Diyarbakir. It is one of the streets leading to Sourp Giragos and Mar Petyun Armenian and Chaldean churches. To the right of the image is Sheykh Matar mosque. One can see its four-legged minaret in the middle of the picture. It is a winter scene, young people taking touristic pictures.

One can note that the old cobblestones have been taken off the street and new concrete paving put in their stead. The spot to the left of the minaret is where Tahir Elci was murdered three years ago. The killing has not been properly investigated, let alone solved. Perhaps paving over the murder scene invites onlookers to forget a crime, the killing of a really good and courageous man.

Beyond the minaret is a barrier – one can not go beyond it. To the left of the barrier, round the corner, are Sourp Giragos and Mar Petyun. They are not in view and remain inaccessible. To the right is the once-Armenian quarter, which was destroyed in 2015, following clashes in the city with Kurdish militants. Some people state that there was no fighting in that area in 2015 and that the destruction was deliberate. As far as I know, there has not been a serious investigation into those events either. Perhaps that section of Diyarbakir will also be put under new blocks of concrete paving, shops and other touristic detractions.