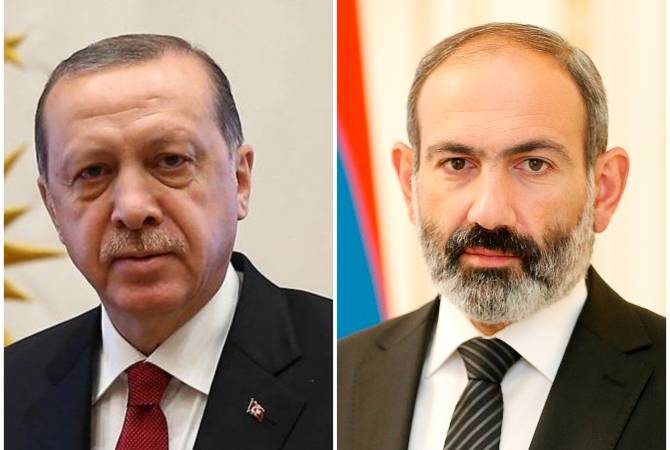 Pashinyan responded to Erdogan’s remarks on April 24 when Armenians around the world were commemorating the 104th anniversary of the Armenian Genocide, but the Turkish leader once again denied that the crime has taken place and went as far as defending the “deportations of Armenians in 1915”.

“Calling victims of the Armenian Genocide, Ottoman Empire’s entire Armenian population, which was sent to death marches, as “Armenian gangs & their supporters”, killing 1.5 million [people] & justifying it by “most reasonable action” is not just new high in denialism, but justification of nation murder”, Armenian PM Nikol Pashinyan tweeted in response to Erdogan’s speech.

“Above all, doing this on April 24 is an ultimate insult to the Armenian people and to humanity, extreme hate speech by Erdogan personally. The world must speak out,” Pashinyan added.