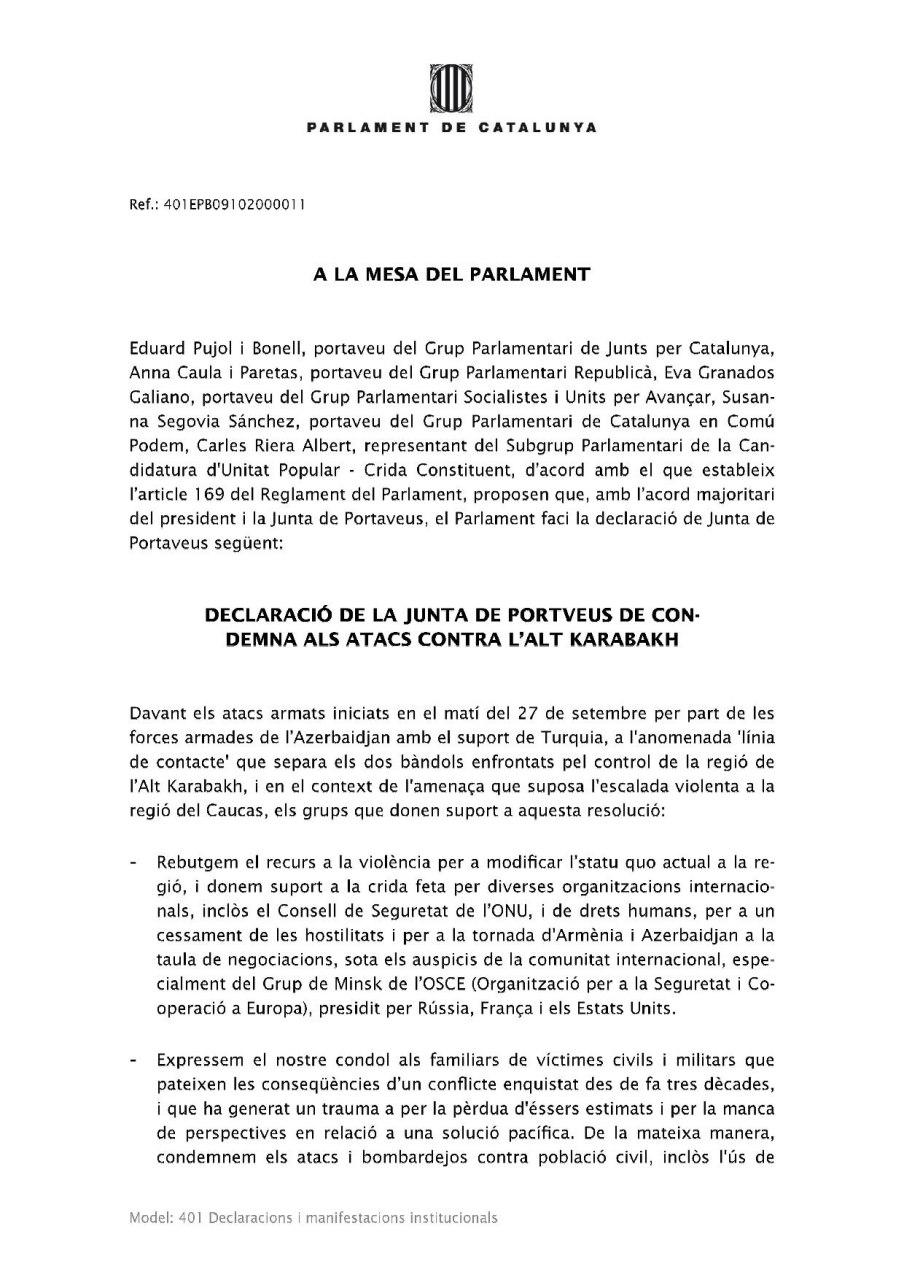 “On October 21, the Parliament of Catalonia adopted a statement calling on putting an end to the hostilities in Nagorno-Karabakh.

In the statement, the Parliament of Catalonia also condemns the attacks of the Armed Forces of Azerbaijan on the civilian population and supports the constructive negotiations between the parties for a peaceful settlement of the issue that must be hinged on the expression of will of the majority of the people of Nagorno-Karabakh”․