Our salvation is in national unity and accord, Armenia’s President says on 32nd anniversary of earthquake 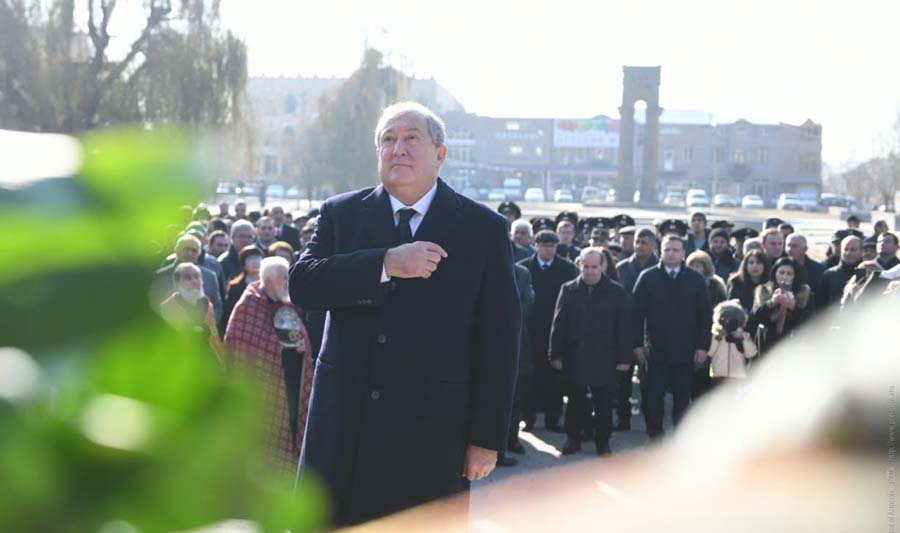 Armradio – Armenian President Armen Sarkissian says we have no right to despair even in these challenging times. In an address on the 32nd anniversary of the 1988 earthquake, the President calls for national accord and unity.

Below is the President’s full address:

Today is the day of remembrance of the 1988 earthquake victims.

This year we commemorate the memory of thousands of our compatriots who fell victim to the devastating earthquake 32 years ago, having one more pain in our souls. As a result of the war waged by Azerbaijan and Turkey against Artsakh, we have a large number of human losses, we have also lost a part of the territory of Artsakh. As a result, there is a multi-layered crisis in the country, from moral and psychological to health to socio-economic.

I once again express my condolences and support to the families and relatives of the victims and wish the injured a speedy recovery.

Even in this situation we have no right to despair. We must do everything to heal the wounds of the earthquake, to put more effort and energy into the reconstruction and development of our towns and villages.

In the aftermath of the earthquake and today’s war and the pain caused, the internal political unrest in our country has increased these days. Here, too, we have no right to despair or give in to emotions.

I bow to the memory of all of them and wish health, endurance and perseverance to their families and all of you, as well as peace and prosperity to our country.