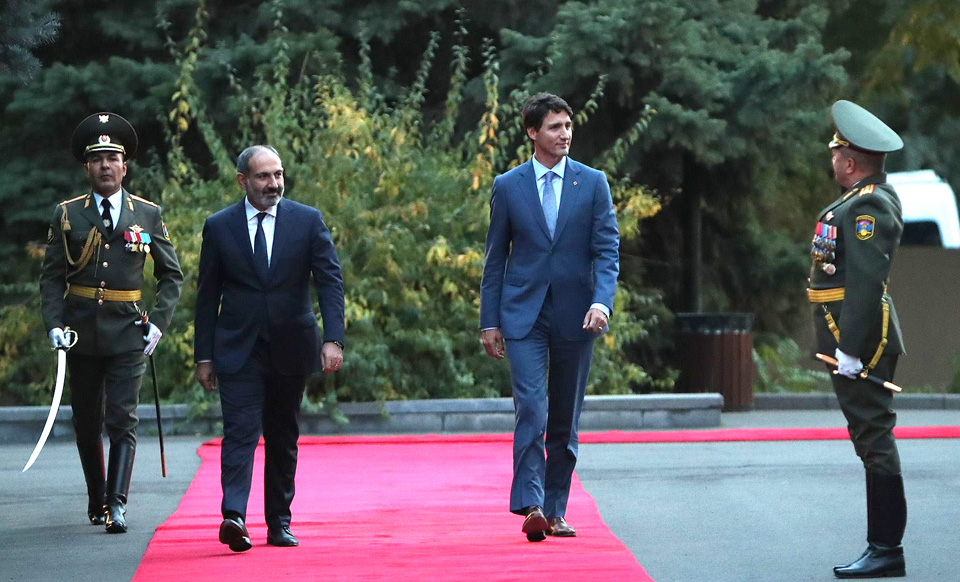 An official welcoming ceremony took place followed by a narrow-format meeting of the two Prime Ministers. As ARMENPRESS was informed from the official website of the Prime Minister of Armenia, PM Pashinyan said in his welcoming speech,

I am glad to welcome you in the capital city of Armenia. You are the first Prime Minister of Canada to pay an official visit to the Republic of Armenia and this is a historical event. I think you have already felt the positive attitude in our country towards your country and personally you and I hope that the already established relations will help to raise the friendly relations between our countries to a new level.  I once again welcome you and I am glad to see you in Armenia”. 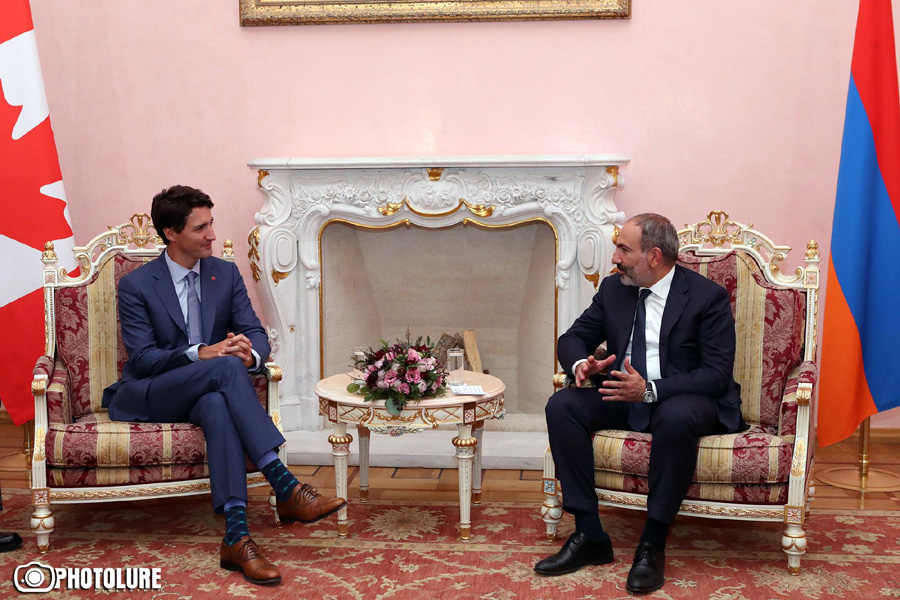 Justin Trudeau thanked for the gift, noting that he was not aware about the translation and is very happy for that.

The interlocutors discussed a number of issues of bilateral interest, including the political changes in Armenia. Justin Trudeau noted that when developments jeopardizing democracy were taking place throughout the globe, Armenia served as an example for the entire world, which was excellent not only for Armenia, but for the entire world. The Canadian PM emphasized that he has visited Armenia also for the reason to show the readiness of his country to support Armenia’s development. “The democratic developments of Armenia are a reason of pride not only for Armenians, but the entire world”, Justin Trudeau emphasized, adding that Canada is ready to support Armenia in the directions of economic development, attraction of investments, improvement of infrastructures and so on.

Speaking about the economic development of Armenia, PM Pashinyan emphasized that the goal of the Government is to change the economic structure of the country, making Armenia a technological country, and expressed confidence that there is the potential necessary for that. The PM added that the Government of Armenia has achieved serious success in the direction of fighting corruption and expressed confidence that it will foster the improvement of business environment and economic progress of the country.

Nikol Pashinyan and Justin Trudeau referred to other issues of development of Armenian-Canadian cooperation in various spheres.