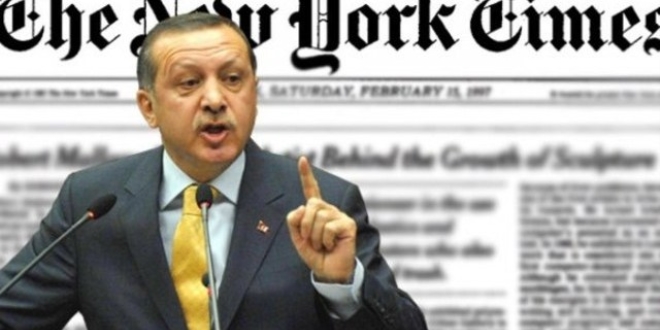 Ahead of World Press Freedom Day on May 3, a full-page ad in The New York Times calls on the world to stop Turkish President Recep Tayyip Erdogan from jailing journalists, the Armenian National Committee of America (ANCA)  informs.

The ad was placed by the Stockholm Center for Freedom. Turkey jails more journalists than the rest of the world combined.

According to the data of the Stockholm Center for Freedom, there are 96 convicted journalists in Turkey as of April 26, 2019. Ninety-five journalists are arrested, another 167 are wanted.