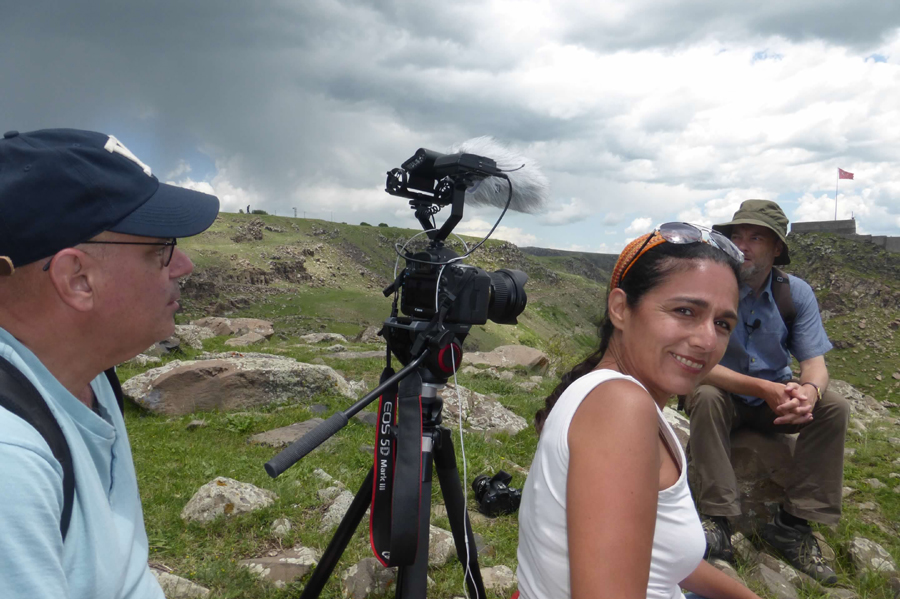 Los Angeles. NBCLX, part of the NBC Universal-owned television stations, announces that it will air filmmaker Ani Hovannisian’s documentary, The Hidden Map, nationwide on April 23, 24, and 25, 2021. Recognizing the importance of presenting the Armenian saga as part of the broader human experience, NBCLX has scheduled to run the documentary six times during commemoration week of the Armenian Genocide.

“It’s a story for everyone to see and know, and the fact that NBCLX is broadcasting it coast to coast on television, cable, and live stream on LX.com attests to the network’s commitment to telling local stories with exponential impact,” said Ani Hovannisian.  With extraordinary dedication, she made the film that travels back to the ancestral Armenian homeland where silenced voices, relics, and stories have been waiting more than a century to be discovered. While the adventure begins in California, home to the world’s largest Armenian community outside of Armenia, it stretches deep into Turkey with far-reaching global importance.

The Fresno-born granddaughter of genocide survivors, Hovannisian grew up with the unfathomable stories of a generation of men and women who had surmounted all odds to survive and begin life anew.

As a broadcast journalist, Hovannisian has spent a career producing and directing non-fiction stories for television. She always knew she would one day share the Armenian narrative on a grand scale. It came to life when she dared to venture to the forbidden, off-limit lands of her ancestral past and come face to face with The Hidden Map. In Turkey, she met a lone Scottish explorer who, it turns out, had spent the past thirty years documenting the vanishing traces of magnificent Armenian creations now near extinction. The duo trekked throughout the layered landscape of the country, the Scotsman determined to document the physical relics and Hovannisian, the stories of the people who remain, many of them burdened with the wrongs of their forbears, as well as some “hidden Armenians” who today long to claim their true identity. Together, the Scotsman and Armenian-American dug beneath the surface of modern-day Turkey, unearthing buried secrets and the hidden map.

The Hidden Map has received several Best Documentary and Audience Choice awards at international film festivals. Most recently, Ani Hovannisian was selected as a finalist for the esteemed Humanitarian Award by the Accolade Global Film Competition.

The hour-long documentary is slated to be shown on NBCLX as follows:

NBCLX is free on broadcast TV (antenna) and cable, and streams live on Roku, Peacock and at LX.com. For a full listing of how to watch in your area, go to www.lx.com/where-to-watch/ .This is a valuable opportunity to watch The Hidden Map and send a resounding thumbs-up to the NBCLX network.