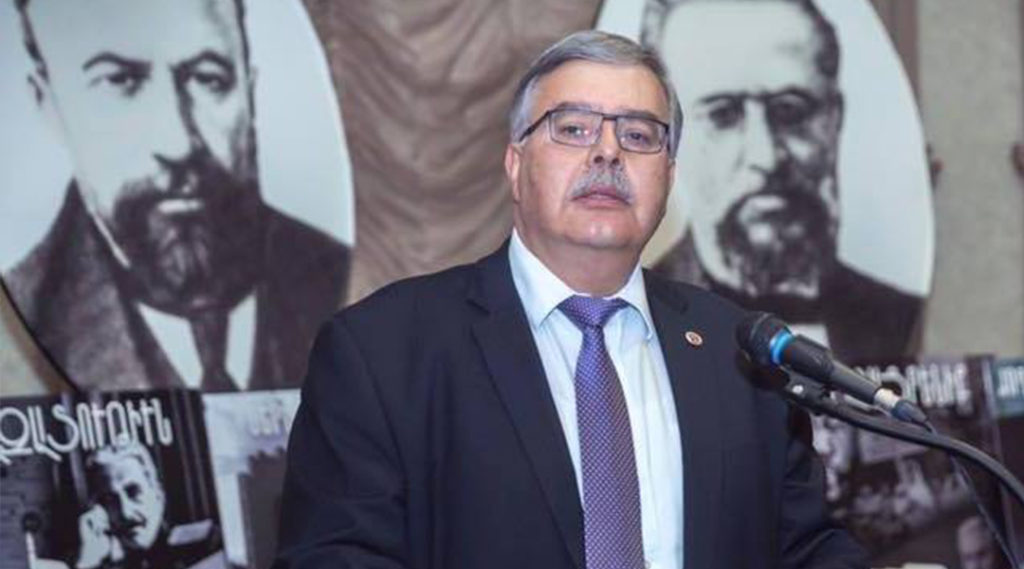 Yerkir.am: How do you assess the current situation regarding combatting the pandemic?

Hagop Der Khatchadourian: Our organization [the ARF] in Armenia has already offered its assessment of the situation based on comprehensive analyses and expert opinion. Of course, the pandemic is a global crisis for all people and governments. No country or government was completely equipped to confront the vast scope of public health, economic, humanitarian, psychological and safety challenges posed by the pandemic.

However, it is the work of state institutions and government to make it possible to quickly respond to the crisis by finding appropriate solutions to first stop the spread of the virus and later to effectively fight against it. Unfortunately, just in that regard, the government of Armenia made serious mistakes, which have resulted in today’s troubling and dangerous situation. We still are anticipating that the government of Armenia will formulate a state mentality and accompanying method of operation. If not, we will suffer irreparable damages, the responsibility for which will lie with the parliamentary majority, the government and the prime minister himself.

Yerkir.am: But months ago, experts and political forces were sounding the alarm and proposing immediate actions and comprehensive programs to the government.

HDK: That is true. The leadership simply chose to ignore multiple suggestions presented by the ARF and other political parties and experts. When attempts were made to take some of the suggestions into consideration or reluctantly address them after continued pressure, it was already too late. Ultimately, the government deprived itself of the opportunity to benefit from expert assistance in fighting the pandemic.

Despite this atmosphere, the ARF Bureau called on all Armenians to support and aid Armenia. From the very beginning, through its ranks, regional bodies and affiliate structures (Armenian Relief Society, Homenetmen, Hamazkayin), as well as its youth and student organizations, the ARF went to work by sending shipments and establishing programs to assist in the pandemic effort. Today, we are reiterating our readiness to meet the needs of the people of Armenia and Artsakh.

Naturally, we expected that with the opportunity of pan-Armenian readiness, we would be able to fight the pandemic through a united front and with all of our nation’s abilities. The government should have initiated such cooperation by inviting all political forces to consult together to face the challenges of the crisis with a consensus. The leadership should have demonstrated political will, putting aside all differences to be united, develop joint programs and implement them collectively. However, in these days of crisis, the government did not adhere to its higher mission. Not only did it not take the initiative, but rather in this situation made divisive statements and demonstrated intolerance toward alternative views.

Instead of accepting suggestions and help, abandoning the failed process, and correcting its own mistakes, the government continuously tried to blame others. Once again, we have witnessed the leadership’s egregious policy of searching for internal enemies and drawing divisive lines. And the latest developments attest to the government’s use of pressure to silence the opposition.

Yerkir.am: Are you referring to the Prime Minister’s latest statements against the ARF?

HDK: Not only that. Today, the government’s intolerance of differing approaches is commonplace. As for the Prime Minister’s speech, the comments made and the manner in which they were delivered in terms of content and vocabulary, were inappropriate for a head of state and political leader.

Responding to substantive criticism and clear proposals in such a way is not only a political mistake, but also a step that weakens the society that is confronting serious issues. It is an inadmissible, unacceptable and dangerous approach. Apparently, the Prime Minister has not understood, or is deliberately underestimating, the ARF’s essence, strength, will and spirit.

Yerkir.am: How do you envision a way out of the current situation?

HDK: Considering the current situation, the primary goal should be to overcome the crisis through national solidarity and to ensure the safe development of the country in accordance with our national standards. All of this requires the formation of a new quality of government.