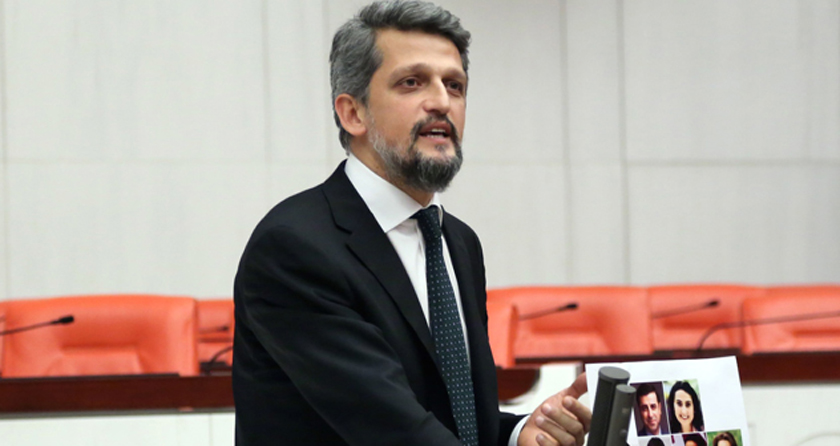 On April 24 Genocide Remembrance Day, Paylan criticized the fact that there are still streets and schools that are named after Talat Pasha, who was the Ottoman Empire’s minister of interior during the genocide.

Quoting his tweet, Özdağ wrote, “Impudent provocateur man. If you are not content, go to hell. Talat Pasha didn’t expel patriotic Armenians but those who stabbed us in the back like you. When the time comes, you’ll also have a Talat Pasha experience and you should have it.”

Özdağ, a former member of the Nationalist Movement Party (MHP), was elected as an MP in the 2018 elections from the İYİ (Good) Party, a splinter movement of the MHP.

He resigned from the İYİ Party in early March, accusing it of expelling nationalists from the party.

In response to Özdağ’s tweet, Paylan called him a “fascist” and wrote: “The remnant of the mentality that obliterated my people says, ‘We’ll do it again.’ You hit us and didn’t we die? We died. But those left behind never give up the struggle for justice. And they won’t give up after me as well.”

Özdağ then called Paylan a remnant and a supporter of the Tashnag, an Armenian insurgent group in the Ottoman Empire, the ASALA, a militant group active in the 1970s and the 1980s and the outlawed Kurdistan Workers’ Party (PKK).

“You massacred hundreds of thousands of Turks. You stabbed our army in the back. Those who did it suffered the punishment of it. No one touched patriotic Armenians,” Özdağ wrote, calling Paylan a “vicious enemy of the Turkish nation.” (DŞ/VK)