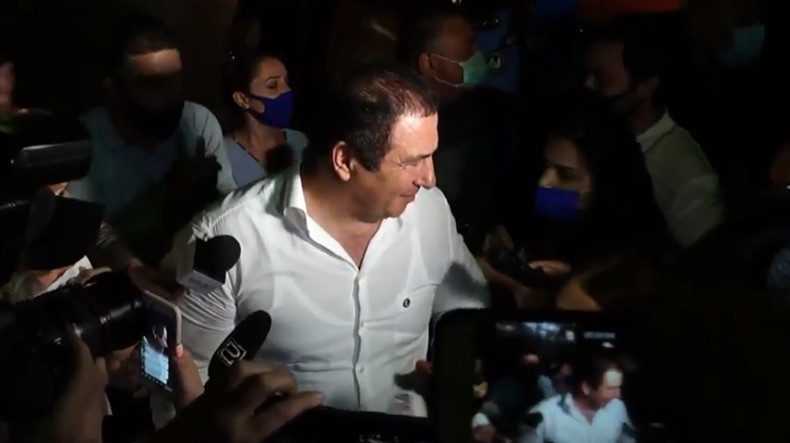 Leader of the Prosperous Armenia Party Gagik Tsarukyan was released after almost nine hours of interrogation at the National Security Service, Public Radio of Armenia reports.

During a short briefing with reporters Tsarukyan reiterated that the actions against him were politically motivated. He also noted that the documents, including the ones related to vote-buying that went viral on social media today, are fabricated.

The National Security Service issued three statements shortly. The NSS said the leadership and members of the Prosperous Armenia Party had been engaged in vote-buying during the 2017 parliamentary election campaign.

Tsarukyan claims the allegations are politically-motivated.