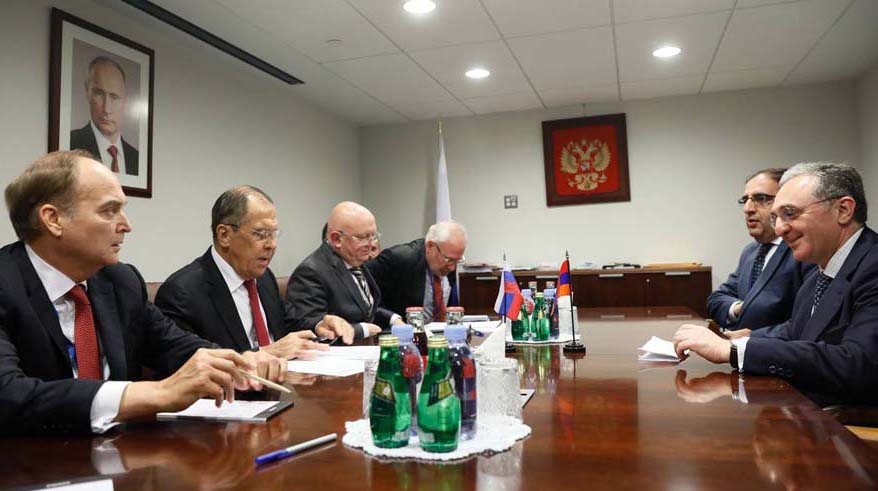 On September 26, in New York, on the sidelines of the 73rd session of the UN General Assembly, the meeting of Foreign Ministers of the Republic of Armenia and the Russian Federation Zohrab Mnatsakanyan and Sergey Lavrov took place.

The Foreign Ministers discussed a number of issues of the bilateral agenda of Armenian-Russian allied relations, outlined the steps to be undertaken towards further deepening of cooperation in bilateral and multilateral platforms.

Zohrab Mnatsakanyan and Sergey Lavrov touched upon the settlement of the Nagorno-Karabakh conflict, both of them highlighted the exclusively peaceful resolution of the conflict within the framework of the format of the OSCE Minsk Group Co-chairmanship.