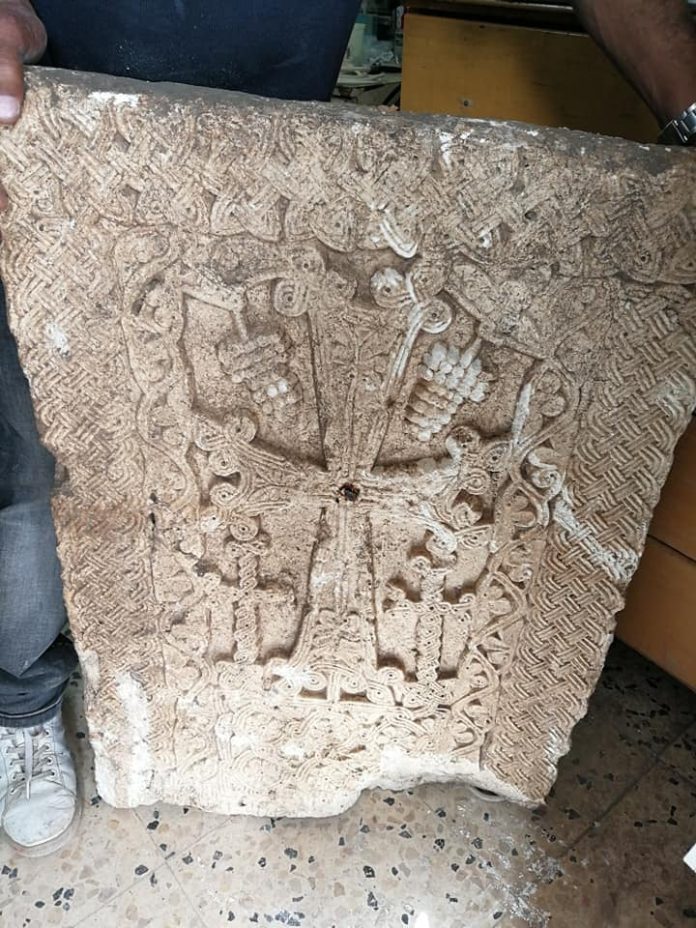 Father Baret Yeretsian, head of the real estate office of the Armenian Patriarchate of Jerusalem, informed that important archeological materials have been discovered during the renovation of the Armenian kindergarten in Jerusalem, which need more detailed examination, Armenpress reports regionmonitor.com informed.

One of the valuable findingss is the large cross-stone (khachkar), which dates back to the 12th century or earlier. It is a typical Armenian cross with the inscription “Lord Jesus, remember”, below it an Armenian flowered cross is depicted, as well as grape motifs.

Those findings show the early Armenian presence and pilgrimage in Jerusalem.