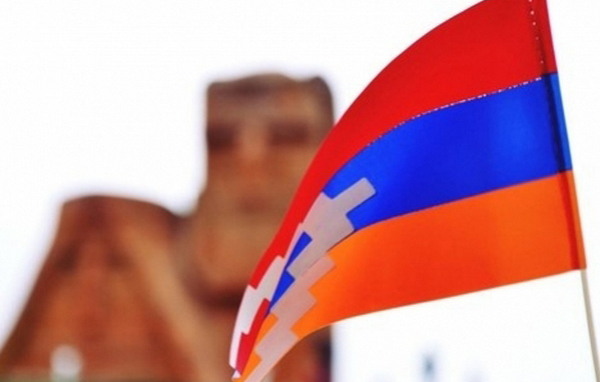 The massacre in Maragha is an unprecedented war crime committed by the Republic of Azerbaijan, on the basis of hatred against Armenians aimed at the annihilation of  the Armenian population, the Artsakh Foreign Ministry said in a statement on the 28th anniversary of the massacre of civilians of the Armenian settlement of Maragha.

“On April 10, 1992, after several hours of shelling, the Azerbaijani armed units invaded Maragha. Prior to this, a significant part of the population was evacuated, but the people who remained in the village, were subjected to inhuman torture and massacre by the Azerbaijani servicemen. The self-defense forces of Artsakh managed to liberate Maragha, but two weeks later, the Azerbaijani troops attacked the settlement again and committed new crimes against the civilians who had returned to bury their relatives,” the Ministry said.

Maragha was captured by the Azerbaijani armed forces and to this day is under the occupation of Azerbaijan. According to various data, including the reports of the human rights organizations Human Rights Watch and Amnesty International, as a result of the war crimes committed by the Azerbaijani armed forces in Maragha over 50 civilians, including 30 women, were brutally killed. About 50 more people, including 29 women and 9 children, were taken captive, and the fate of 19 civilians is still unknown.

“As testified by Member and former Vice Speaker of the House of Lords of Great Britain, human rights activist Baroness Caroline Cox, who visited the village with representatives of the organization Christian Solidarity Worldwide immediately after the tragedy, the bodies of the brutally murdered residents of Maragha were dismembered, mutilated, and burned. Lady Cox called Maragha “contemporary Golgotha many times over”.

“The impunity of the crimes committed by Azerbaijan against Armenians and the lack of an adequate political and legal assessment by the international community created favorable conditions for rooting an atmosphere of hatred towards Armenians and all Armenian at the state level in Azerbaijan. 24 years later, in April 2016, during the aggression unleashed against Artsakh, Azerbaijan attempted to use the same methods to carry out new genocidal acts in Artsakh that were prevented by the decisive actions of the Defense Army of the Republic of Artsakh,” the Ministry said.

It noted that “the massacres of civilians in Maragha are a crime against humanity with no statute of limitations, and they must be condemned by the international community, and their organizers and executors must be justly punished.”

“Today we bow our heads in commemoration of the victims of the massacre in Maragha and assure that the authorities of the Republic of Artsakh will take all measures to guarantee the inalienable right of the people of Artsakh to live freely and safely in its homeland,” the statement reads.