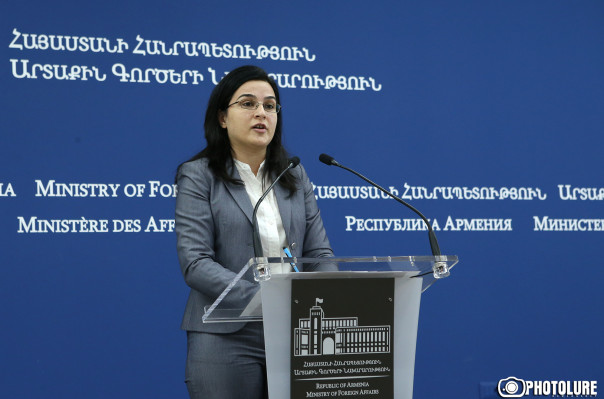 (Armradio) – Justifying genocide under the veil of denial is shameful and dangerous, Spokesperson of the Armenian Ministry of Foreign Affairs Anna Naghdalyan has said.

The comments come in the wake of a statement by the Turkish government claiming that “Armenia is afraid to open its archives from 1915.” The government believes “this will lead to the whole world receiving evidence of the events of 1915 not being an Armenian genocide, but, on the contrary, an extermination and genocide of the Muslim population of the Ottoman Empire by Armenian gangs.”

According to Anna Naghdalyan, the denial has been consistent, but its forms have changed over time.

“They once tried to put an equal sign between genocide perpetrators and victims, now they are trying to blame victims of genocide and justify the perpetrators,” she said.

According to the Spokesperson, pure falsifications like the allegations of our archives being closed are often being put into action. Meanwhile, she said, all experts know that the Armenian archives are open.

“These turbulences in the denialist mind attest to their frailty if exposed to the truth, while the truth of the Armenian Genocide is an acknowledged fact among the international community,” she stated.

“Justification of genocide under the veil of denial is shameful and dangerous. It encourages new crimes against humanity and civilization, and the primary responsibility of the international community is to fight against it,” Naghdalyan concluded.