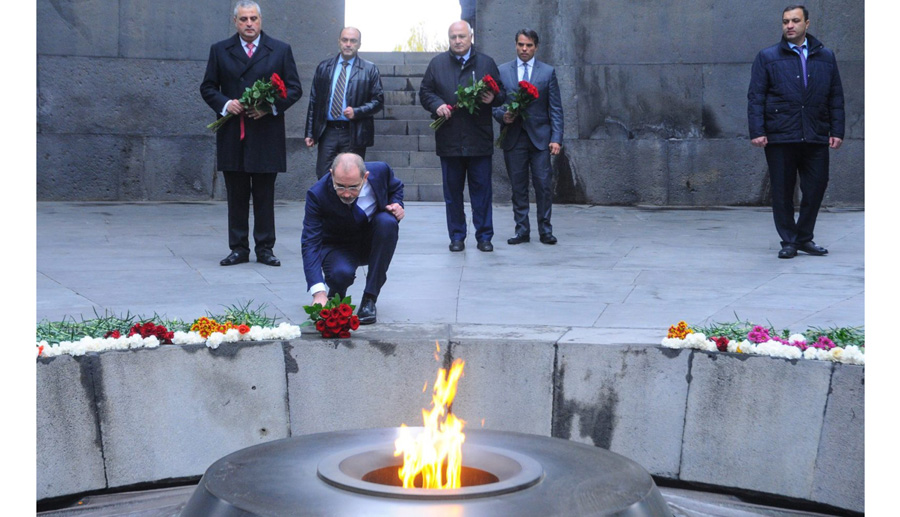 The Foreign Minister laid a wreath at the memorial to the Armenian Genocide victims and paid tribute to their memory with a minute of silence.