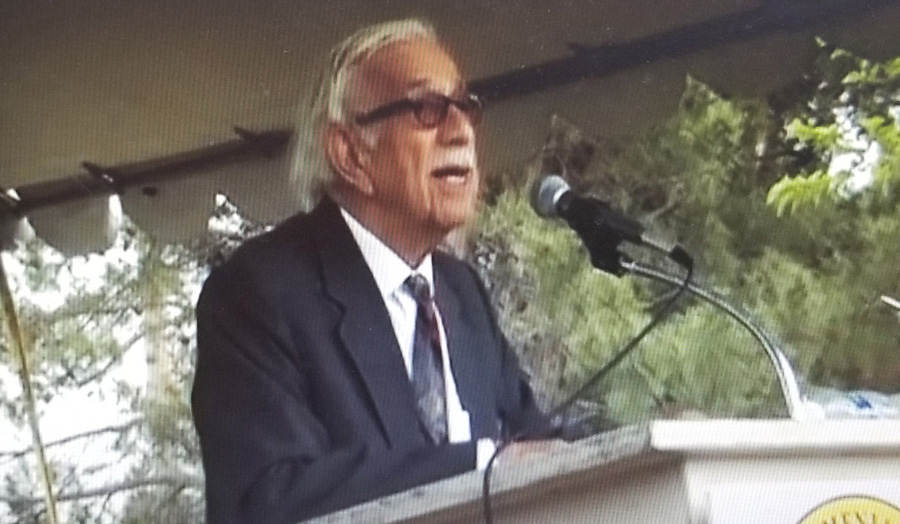 Armradio – Israel W. Charny, a prolific Israeli-American scholar has asked the Israeli government to recognize its failure of denying the Armenian genocide, the Jerusalem Post reports.

Charny reveals how Turkey pressured Israel to deny the genocide in his new book, Israel’s failed response to the Armenian genocide: denial, state deception, truth versus politicization of history, published this year.

It was long believed that Ankara went so far as to threaten Turkish Jews if these requests were not met. Additionally, it alleges that Turkey has stated that they would close off an escape route for those attempting to escape from Syria, Iran and Iraq. The book claims that these were lies created for Israel to comply with Turkish demands.

The argument for the denial of the Armenian genocide was used to maintain Israel’s relationship alongside Turkey and Azerbaijan based on pressure from Turkey towards Israel. Those who are against the denial of the genocide argue that it contradicts the spirit of Israel and its security. The word “genocide” was first used in a conference in 1982 attended by Elie Weisel and psychiatrist Shamai Davidson. Titled “The First International Conference on the Holocaust and Genocide,” it was the first time where Armenians were granted the opportunity to share their experiences in the genocide to an international audience.

But in presentations on the Holocaust and other genocides, the Armenian one was only dealt with six out of 300 times. While Charny’s book specifically deals with Israel’s relationship to addressing the Armenian genocide, he also addresses the need for the Jewish state to address all genocides.