IUSY stands in solidarity with of ARF youth 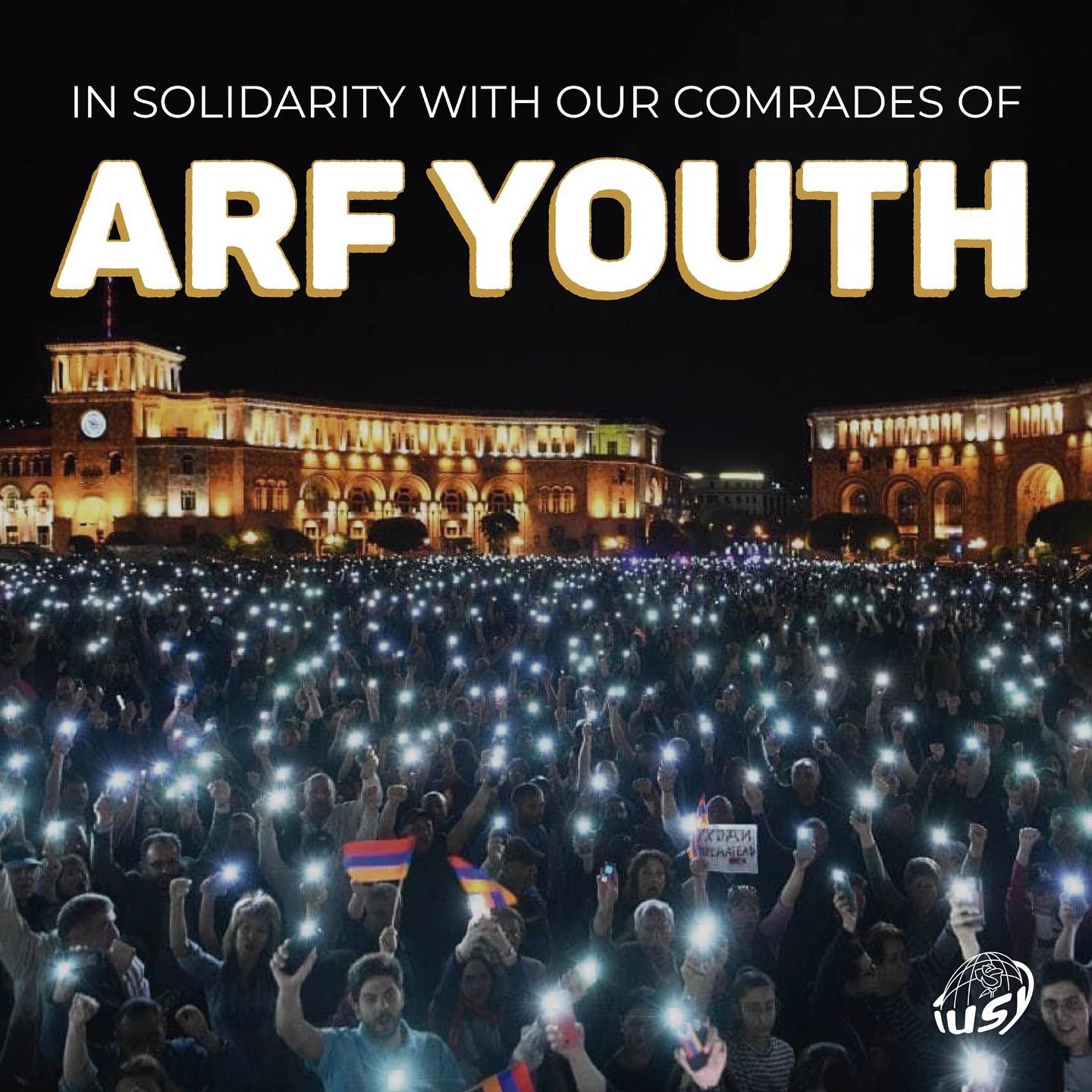 The International Union of Socialist Youth (IUSY) has been closely following the latest developments in Armenia with great concern.

For weeks Armenian citizens have been protesting on the streets calling for the resignation of Prime Minister of Armenia, Nikol Pashinyan. The ARF (Armenian Revolutionary Federation) Youth, our member organization, plays an active role in the resistance movement.

The Armenian citizens call to action stems from the foreign policy of the Armenian government, in particular the attitude and policies regarding the Artsakh (Nagorno-Karabakh) conflict. The citizens demand the assurance that Artsakh will never be a part of Azerbaijan and prioritization of the Artsakh people’s right to self-determination and independence.

During the Parliamentary elections held in June 2021, Prime Minister Pashinyan and his team ran on the promise that a just resolution to the Artsakh conflict will only be made if it was acceptable to the Armenian side. Since the re-election, Pashinyan reneged on his campaign promises, ignoring the public opinion of Armenian citizens regarding the Artsakh conflict negotiations and the national security and territorial integrity of the Republic of Armenia.

As unacceptable negotiations for the people of Armenia continue, protests in Armenia see illegal detainment of citizens, evident use of brute force against protestors and a disproportionate police force presence. Members of the ARF youth and student organizations (AYF Armenia) leading the protests have been arrested for two weeks awaiting their trial.

IUSY stands in solidarity with our comrades, who are imprisoned and follow the developments regarding their trial closely.

IUSY strongly condemns the unjustified arrests, and acts of violence against peaceful protesters perpetrated by the authorities.

IUSY condemns the violation of citizens’ rights by the government, and the disproportionate use of force by police.

IUSY calls on the Armenian government to ensure the full implementation of fundamental freedoms, and to avoid the use or the threat of use of force.

IUSY calls on all the sides involved to continue the political processes in a peaceful manner and in accordance with law.

IUSY values the commitment of basic human rights, dignity and freedoms. Democracy, the rule of law and justice must be defended at all times.