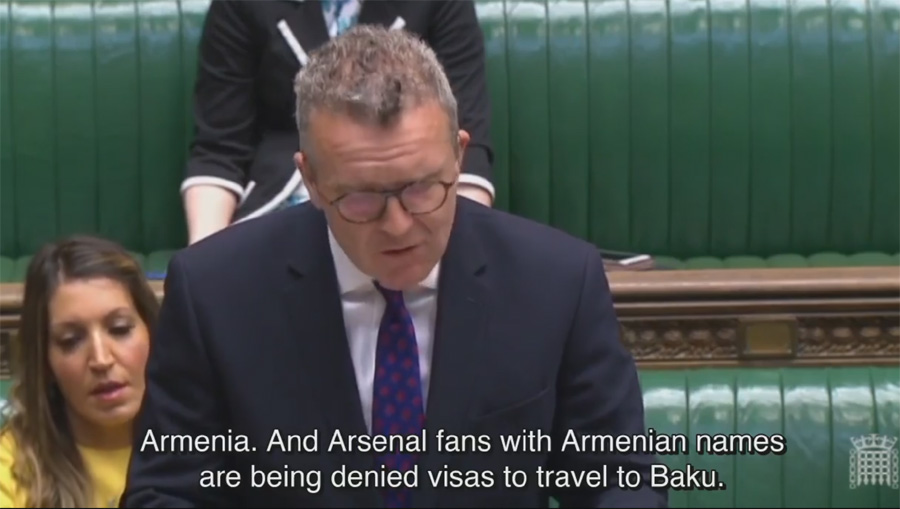 “It is a scandal that Arsenal’s Henrikh Mkhitaryan will miss the match of a lifetime next week because he is from Armenia and he fears for his safety at the Europa League final in Baku,” Tom Watson, MP for West Bromwich East and Deputy Leader of the Labour Party.

“It’s also a scandal that Arsenal fans with Armenian names are being denied visas to Azerbaijan. It shows a deeply ugly side to the beautiful game and is completely unacceptable,” he added.

The lawmaker reminded that UEFA’s inclusion and diversity policy says: “Everyone has the right to enjoy football, no matter who you are, where you are from or how you play.”

“Countries that force players to choose between their sport and their safety, and discriminate against travelling fans, must not be allowed to host future events,” Tom Watson said.