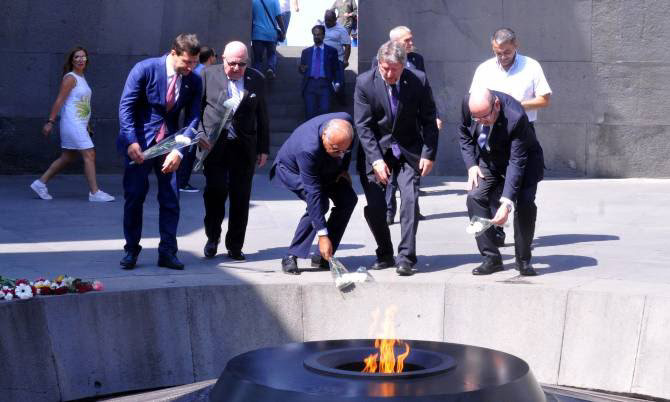 “The tragedy of the Armenian nation has never been questioned. There is a historical question of how to call it, but what has happened is a fact that everyone accepts. It’s not a matter of political discussions, let historians decide how to call the tragedy,” the Deputy Foreign Minister said.