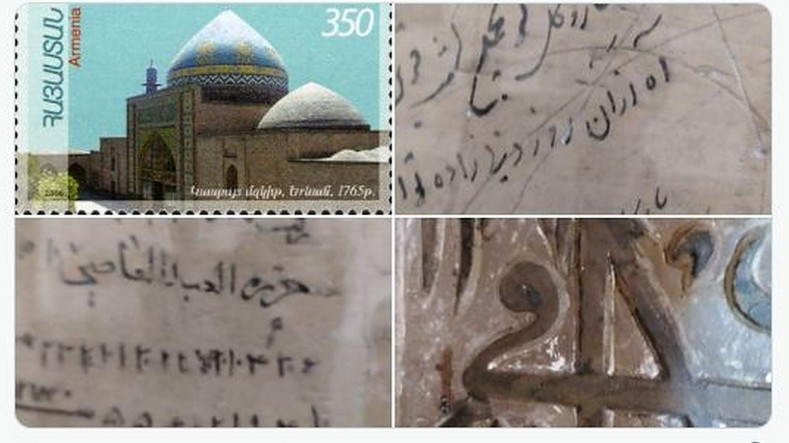 The Iranian Embassy in Armenia has responded to the false claims of Azerbaijani MP Tahir Mirkishili about the Blue Mosque in Yerevan.

The Azeri parliamentarian and his fellow MP Soltan Mammadov, who came to Yerevan as participants in the meetings of the Euronest Parliamentary Assembly hosted by Armenia on 21-22 February, visited the Persian mosque on Wednesday.

Sharing a photo of the mosque on Facebook, Mirkishili falsely presented it as Azerbaijani.

“We have been to the Blue Mosque. As far as we know, it is the only Azerbaijani monument preserved in Yerevan,” he wrote.

“The Blue Mosque, a symbol of Iranian art, has been active again in the last 3 decades as the praying and congregation place of Muslims residing in Armenia and a touristic attraction,” the Iranian Embassy said in a tweet.

“A great pleasure that its centuries-old Persian epigraphy has been preserved! Who can read them?” it added.