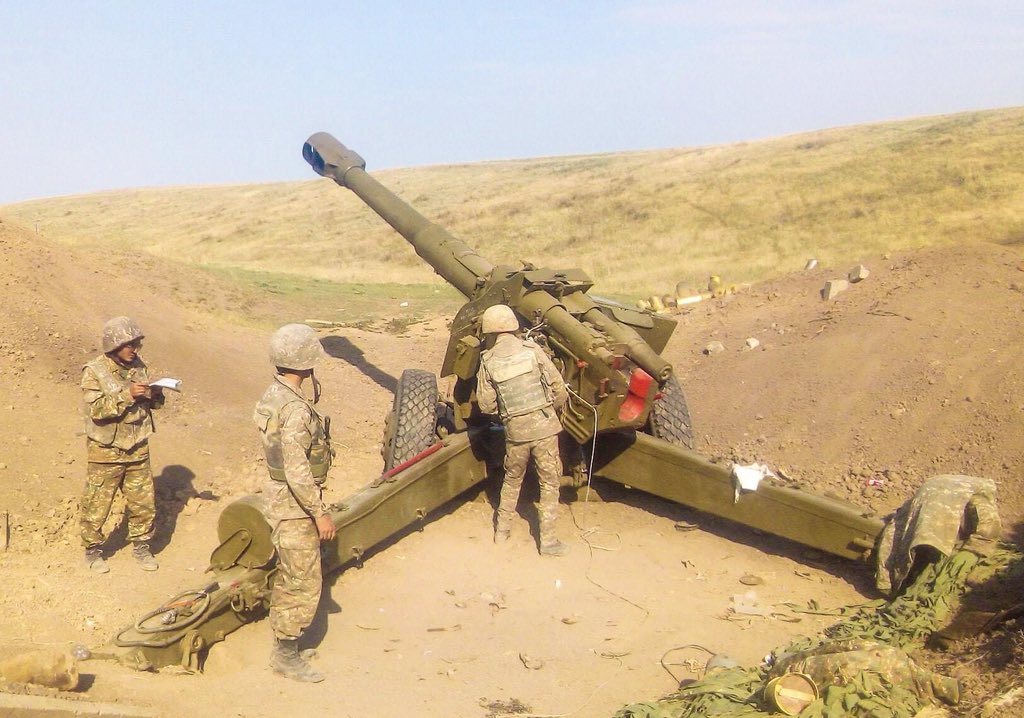 Armradio – The humanitarian ceasefire in Nagorno Karabakh will take effect at 08:00 a.m. local time (12:00 a.m. EDT) on October 26, 2020, according to a joint statement of the Governments of the United States of America, the Republic of Armenia, and the Republic of Azerbaijan

Armenian Foreign Minister Zohrab Mnatsakanyan and Azerbaijani Foreign Minister Jeyhun Bayramov met with Deputy Secretary of State Stephen E. Biegun on October 24, 2020 and reaffirmed their countries’ commitment to implement and abide by the humanitarian ceasefire agreed in Moscow on October 10, which were reaffirmed in the statement issued from Paris on October 17, in accordance with the October 1, 2020 joint statement of United States President Donald J. Trump, French President Emmanuel Macron, and Russian President Vladimir Putin.

The humanitarian ceasefire will take effect at 08:00 a.m. local time (12:00 a.m. EDT) on October 26, 2020.  The United States facilitated intensive negotiations among the Foreign Ministers and the Minsk Group Co-Chairs to move Armenia and Azerbaijan closer to a peaceful resolution of the Nagorno-Karabakh conflict.