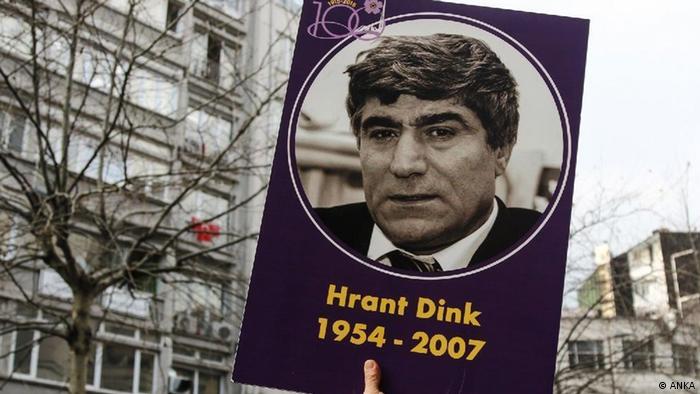 The long-awaited decision comes after 14 years of drawn-out legal proceedings, and amid accusations senior security officials failed to act to prevent his death, Deutsche Welle reports.

What did the court rule?

The court in Istanbul sentenced handed down several sentences for the 76 defendants in the case — only a handful of whom are in custody.

A former Interior Ministry commander, Ali Oz, was sentenced to 28 years in prison. He commanded the region of Trabzon where the gunman who shot Dink came from.

The court dropped charges against several other people involved, as the statute of limitation had expired.

Among those accused is US-based Islamic cleric Fethullah Gulen, with prosecutors probing alleged links between the exiled preacher and the suspects in the case.

On Friday, the court did not rule on Gulen and 12 others considered fugitives in the case — but instead said several suspects were linked to Gulen’s movement.

What has the reaction been?

Outside the courthouse on Friday, Dink’s supporters slammed the decision as “insufficient,” saying that the masterminds behind his killing remained free.

Reporters Without Borders (RSF) also said that at least 20 officials should have been added to the long list of defendants in the case.

The series of trials over Dink’s murder have been held “without a clear and satisfactory conclusion,” RSF said. Links between the shooter and authorities “have proved to be very complex and subject to political manipulation.”

Who was Hrant Dink?

Hrant Dink was a prominent voice for Turkey’s Armenian community.

He worked as the editor-in-chief of the Turkish-Armenian bilingual newspaper Agos, and was a passionate advocate for better ties between Turkey and Armenia.

In January 2007, while on the street in front of the newspaper’s editorial office in Istanbul, was fatally shot twice in the head. He was 53.

Dink’s murder plunged Turkey’s small Armenian community into morning and sparked a drawn out trial which has lasted over a decade.

In 2011, Ogün Samast was found guilty of killing Dink and was sentenced to nearly 23 years in prison. He was 17-years-old at the time of the murder.