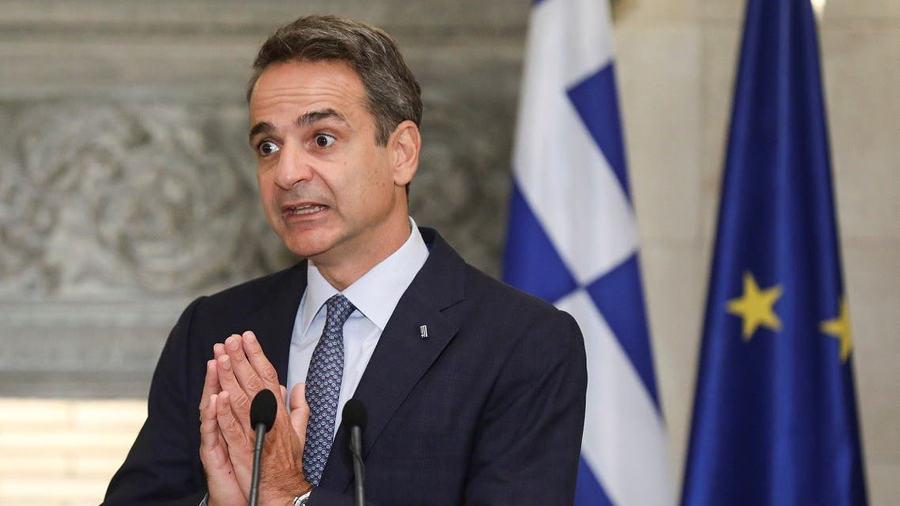 “One hundred and six years after the crime of 1915, humanity does not forget the ethnic cleansing of a people, a massive and systematic crime, which, in fact, was organized when the eyes of the planet were focused on the muddy trenches of the First World War,” the Prime Minister said.

“Today, therefore, as every April 24th, we honor the memory of the innocent victims, declaring our faith in respect for human life and dignity, because only peaceful coexistence leads peoples forward, turning their diversity into mutual wealth,” he added.

“Over time, Greece and the Caucasus walked together in mythology and history, culture and traditions. That is why our country could only stand by the side of the Armenians in their latest ordeal. It immediately responded to the request for humanitarian aid. And today, it supports the consolidation of security in the region, based on international law, for a solution that respects the rights of the local population, away from a new, unjust bloodshed,” Mr. Mitsotakis said.

“Greece also does not forget that at the beginning of the 20th century Greeks and Armenians lived together moments of martyrdom. That is why, even in difficult conditions itself, our country was one of the first to treat persecuted Armenians and recognize the Genocide of their people,” the Greek PM stated.

He said this historical coexistence over the centuries continues today thanks to the two communities in the two countries, two stable bridges between, which participate fruitfully in the economic and social life of the two states, renewing their long-standing friendship.