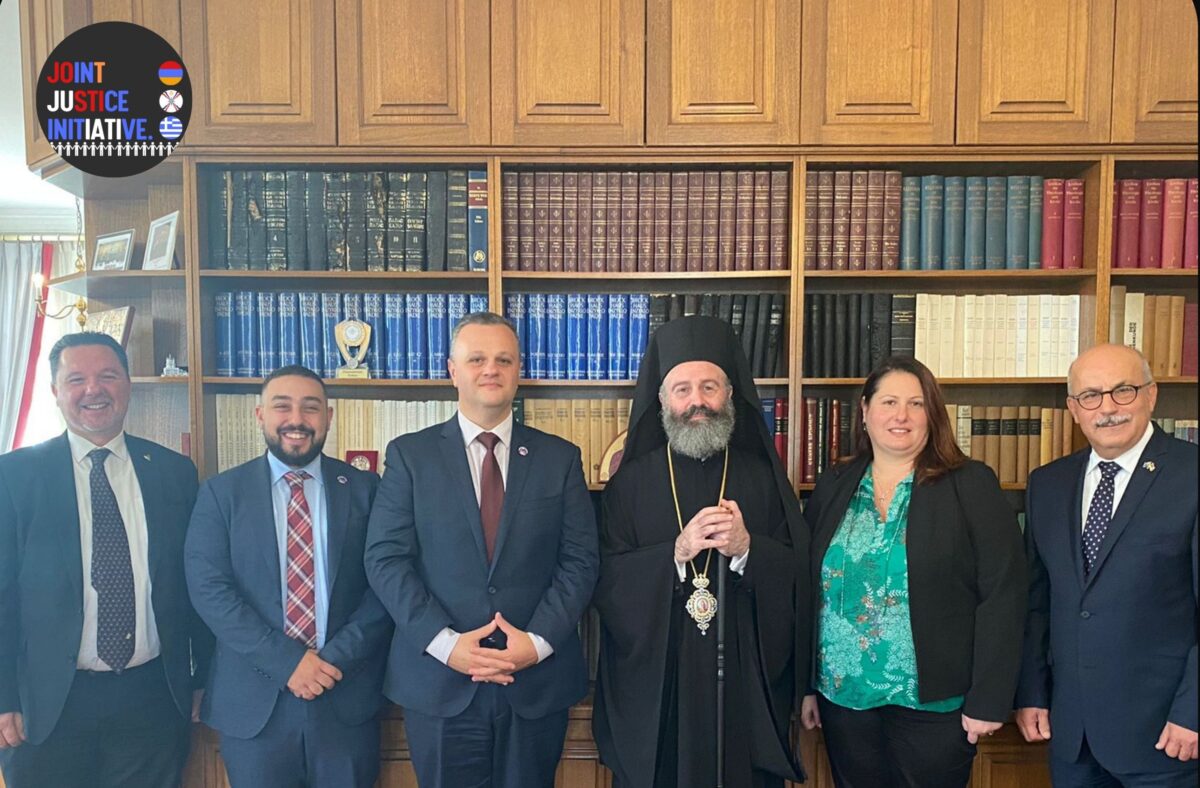 The Primate of the Greek Orthodox Church in Australia, Archbishop Makarios hosted a delegation from the Joint Justice Initiative, formed by the peak advocacy bodies representing the Armenian-Australian, Assyrian-Australian and Greek-Australian communities in their collective push for national recognition of the 1915 genocides.

Archbishop Makarios Griniezakis was elected Archbishop to Australia in May 2019, thereby leading a congregation of hundreds of thousands of members of the Greek Orthodox Church in Australia.

The meeting discussed a broad range of issues, beginning with the joint push for Federal Australian recognition for the Armenian, Assyrian and Greek Genocides.

The Joint Justice Initiative representatives provided an update on the progress of their advocacy efforts, launched in February 2020 at Australia’s Federal Parliament House and so far attracting over 40 parliamentarian supporters.

Archbishop Makarios expressed his support for the joint grassroots-led initiative and his willingness to collaborate further with the public affairs bodies of the three communities by also advocating for Federal recognition of the 1915 Genocides.

The delegation was joined in the meeting by the Permanent Representative to the Republic of Artsakh in Australia, Kaylar Michaelian, who was able to shine a spotlight on the current situation facing Armenians following the ceasefire that ended 44 days of war crimes by Azerbaijan in Nagorno Karabakh.Michaelian and the ANC-AU highlighted the ongoing destruction of Armenian cultural and religious sites in the occupied Republic of Artsakh, specifically the desecration of the Ghazanchetsots Cathedral in Shushi and the ongoing detainment and torture of POWs, including civilians and soldiers.

Archbishop Makarios declared his solidarity with the indigenous Armenian population of Artsakh and committed to continuing discussions with Armenian-Australian community to discuss practical support measures to protect both the people and the Christian heritage of the Artsakh.

“We would like to extend our sincere thanks to Archbishop Makarios for taking the time to meet with our delegation and continue his support for the Joint Justice Initiative and the causes our three communities hold dear,” said Kayserian.