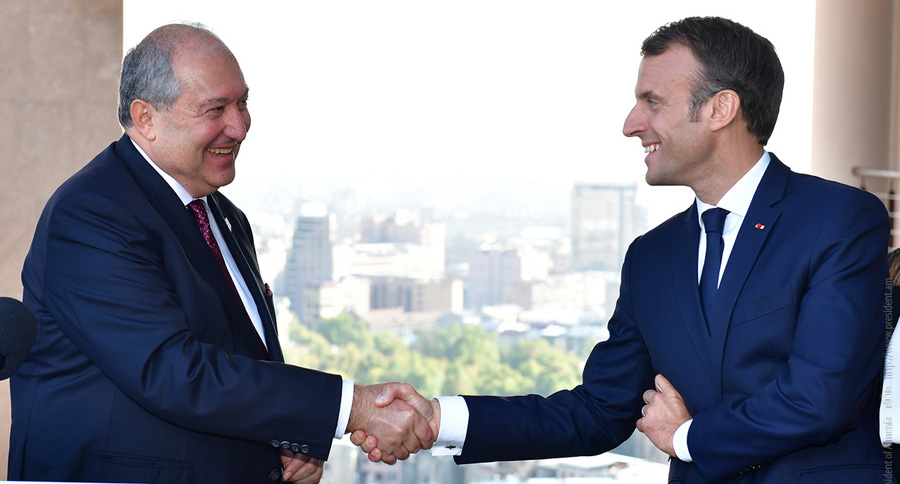 (Armradio) – French President Emmanuel Macron has sent a letter to the President of Armenia, Armen Sarkissian, informing that as he had pledged, April 24 is officially marked in France as Armenian Genocide Remembrance Day.

Macron noted that France will continue to struggle side by side with Armenia for the sake of Justice and truth.

“It’s our duty before Armenia and the Armenian people, as well as the survivors and refugees whom France embraced and whose descendants created the history of our country,” the French President said.

“For the opportunity to create common destiny, we have to look the history into the face, bowing before the memory of the dead and respecting the memory of those alive. It is my conviction and I know that Armenia shares it too,” Emmanuel Macron stated.

“We stand by at rimes of remembrance, and we stand by you now, when a new page of Armenia’s history is being shaped, a page that must be a chapter of peace and prosperity,” the letter reads.

Macron added that “France and Armenia go hand-in-hand, proud of their friendship and confident in the future.”