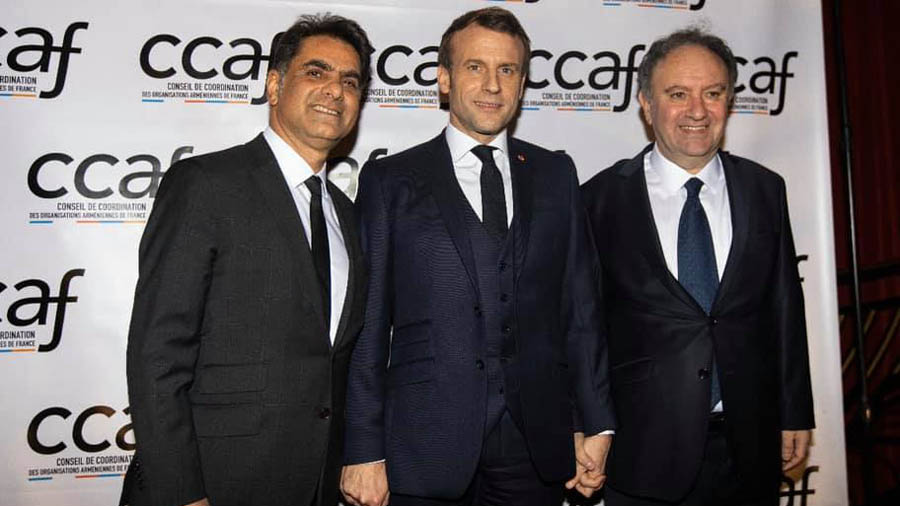 France is one of the main guarantors for the continuation of peaceful negotiations on the Nagorno Karabakh conflict, French President Emmanuel Macron said during the annual gala dinner of the Coordination Council of Armenian Organizations of France (CCAF), Armenpress reports.

“In the settlement process of the Nagorno Karabakh conflict France plays its role within the frames of the OSCE Minsk Group Co-Chairmanship and is one of the main guarantors for the continuation of peaceful negotiations”, President Macron said.

The French President said he is in contacts with both the Prime Minister of Armenia and the President of Azerbaijan, stating that ensuring the operative connection between the Armenian PM and the Azerbaijani President is one of the key steps to ease tension.

“France is just ought to stand with Armenia taking into account the democracy created by the efforts of a very young state of a millennia-old nation, as well as the achievements that are now being recorded thanks to the recent revolution”, the French President said.