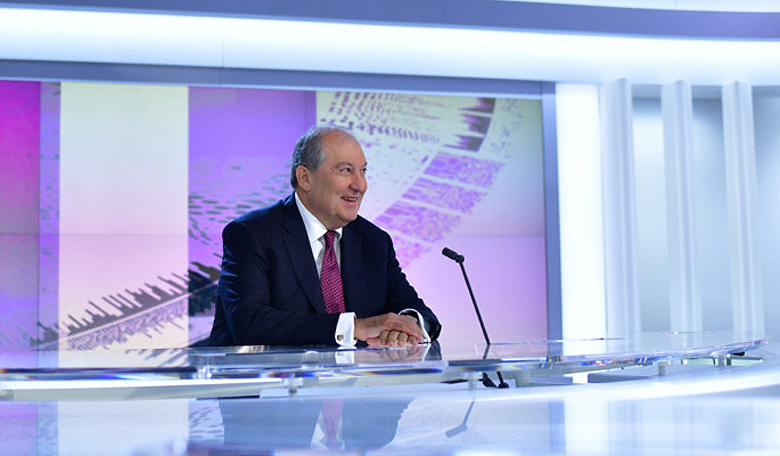 (Armradio) – In the run up to the centennial of the armistice that put an end to World War First to me marked on November 11, 2018, Armenian President Armen Sarkissian urges world leaders to recognize or remember the Armenian genocide within that framework.

“I don’t know how we can speak about the First World War without going back to the tragedy of the Armenian nation – the Armenian Genocide. The recognition or remembering by heads of state would be highly appreciated by the Armenian nation worldwide,” President Sarkissian said in an interview with the Swiss Radio and Television Company.

Asked would be his message to Turkey’s President Recep Tayyip Erdoganm Sarkissian said: “First, I would tell him good morning Mr. President, I think we have an issue to discuss together. You are the President of Turkey and I am the President of Armenia. My family, my grandparents are from Erzrum, Van and Bitlis and there is a history behind the history of my own family.  Why not start talking about the relations between Turkey and Armenia? Why not speak about our individual stories?”

Armen Sarkissian said he would also speak to Erdogan about the future of their children and grandchildren.

Asked whether there could be forgiveness for Turkey, the President said “Christianity teaches that there is always an opportunity to forgive,” but added that “forgiveness comes after recognition.”