Education is key to ending cycle of genocide 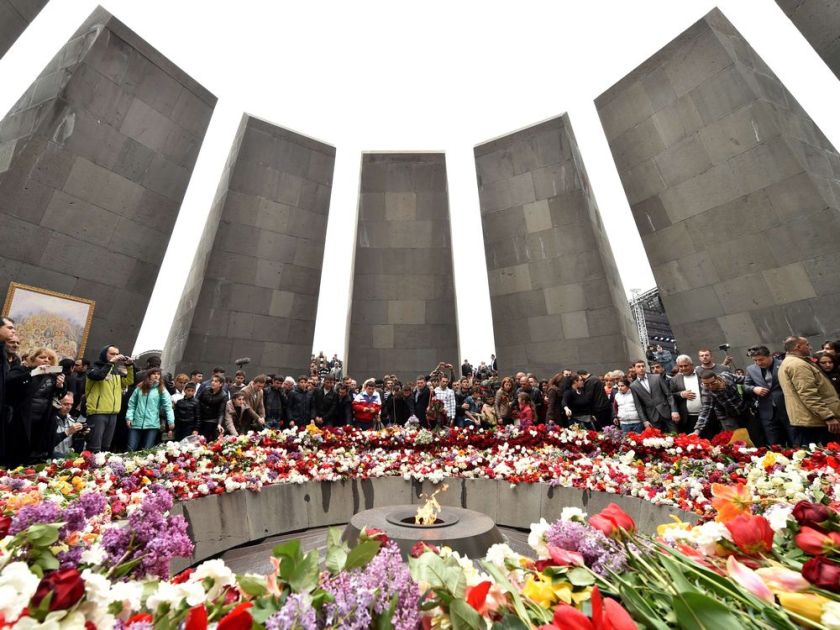 Starting this fall, several high schools around Quebec will receive a universal teaching guide on genocide as part of a pilot project.

April 24 marks the 104th anniversary of the start of the Armenian genocide. While the event took place more than a century ago, for the descendants of survivors, it remains close. The Turkish state’s vehement denial of the genocide has left little space for justice, closure and healing.

In 1915, the Young Turks rounded up and arrested Armenian intellectuals and leaders in Constantinople (currently Istanbul) and deported them to central Anatolia, where they were executed. Turkish authorities saw the Armenians as a threat to the Ottoman Empire’s security and took away able-bodied men from their families to be imprisoned or killed, and subsequently drove women and children into death marches throughout the Syrian Desert. In addition, irreplaceable, centuries-old churches and architectural marvels were destroyed. This orchestrated annihilation campaign resulted in the death of 1.5 million individuals.

More than a century later, the last of the Armenian genocide survivors, once breathing testaments, are now only kept alive through archival footage and their children’s memories.

In the aftermath of such profoundly traumatic events, educating current and future generations — using historical facts and survivor testimonials — is not only a pedagogically sound approach, but it is, first and foremost, an ethical obligation.

In the digital age where information is as easily accessible as it is distorted, the lack of knowledge and awareness about the Armenian genocide remains astonishing. It is a disturbing reality that many Canadian students are still unaware that the Armenian genocide was the first of the modern ideologically motivated genocides. Hitler also referred to it, proclaiming: “Who, after all, speaks today of the annihilation of the Armenians?”

Clearly, lessons of the past have not yet sunk in. Now, more than ever, it is urgent to educate current and future generations about past and unfolding atrocities.

The Foundation for Genocide Education, founded by Heidi Berger, daughter of a Holocaust survivor, aims to rectify this situation. The foundation’s mission is to ensure that the subject of genocide is taught in every high school in Quebec and across Canada.

In 2015, on the centennial of the Armenian genocide, the Foundation for Genocide Education began working with the Armenian National Committee of Quebec and Armenian scholars to develop a guide with the Quebec Ministry of Education.

Starting this fall, several high schools around Quebec will receive a universal teaching guide on genocide as part of a pilot project. Along with the Quebec ministry, the foundation will ensure that a comprehensive guide is available to high school teachers in order to facilitate the teaching of the highly complex and sensitive topic of genocide.

The foundation’s initiative is crucial given the present-day political climate where “fake news” is common currency, racial and religious hatred permeate, and fear of the “other” is on a sharp rise. There is an urgent need to encourage youth to break down the constructed barriers of “us versus them” and reflect critically about the dangers of intolerance.

Armenians, Assyrians, Jews, Cambodians, Rwandans, the Sudanese in Darfur have all faced forced displacement and unimaginable violence. The army in Myanmar is now annihilating the Rohingya Muslims, and the Yazidis were systematically killed and displaced by Islamic State terrorists in Iraq.

Closer to home, in Canada, the devastating repercussions of cultural genocide inflicted on the First Nations continue to be felt.

While it is commendable that a number of Turkish academics and activists are seeking accuracy and discussion, denial discourses propagated by the Turkish state continue to circulate. Scholars and historians have identified denial as being the final stage of genocide.

The list of genocides is too long. Education is vital in ending this cycle of hatred and violence, with Canada paving an exemplary path in genocide education.

Lalai Manjikian holds a PhD in Communication Studies from McGill University and teaches in the Humanities Department at Vanier College in Montreal. She is a board member of the Foundation for Genocide Education.