Economic Damage to Artsakh from War Could Reach $2 Billion 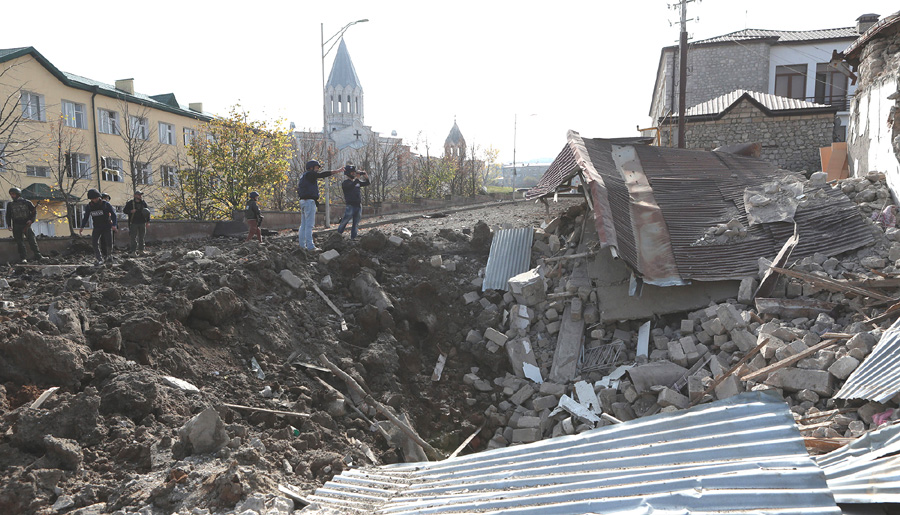 Direct economic damage to Artsakh (Nagorno-Karabakh) as a result of the war unleashed by Azerbaijan may reach $2 billion, said Artsakh Ombudsman Artak Beglaryan, who stepped down as Karabakh Human Rights Defender on Wednesday, December 23.

“According to our calculations, over 15,000 houses and apartments were damaged in Azerbaijan’s shelling. We cannot say what happened after the occupation: we have data and evidence that in many places our houses have been burned or damaged otherwise. It is impossible at the moment to gauge the damage,” he said, according to Arka.am.

He noted that the 15,000 houses were damaged as a result of artillery, rocket attacks and airstrikes. Beglaryan said that about 3.5-4 thousand infrastructural units and public facilities, including schools, kindergartens, hospitals, culture, were damaged.

“The objects remaining under their [Azerbaijani – ed.] control, which cannot be assessed, are not taken into account either. But, we still managed to assess and record particular objects before they got under their control,” he said.

Also, according to Beglaryan, more than 2,500 vehicles were damaged or destroyed.