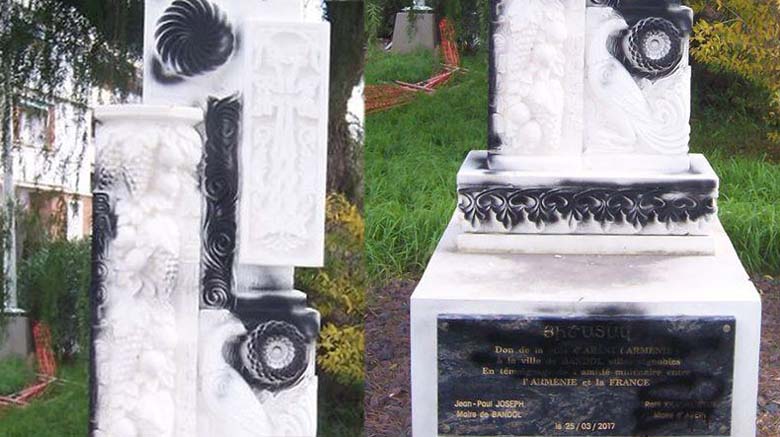 An Armenian Cross stone khachkar has been desecrated in the French commune of Bandol, the Armnenian Embassy in Paris said in a Facebook post.

A khachkar, also known as an Armenian cross-stone, is a carved, memorial stele bearing a cross, and often with additional motifs such as rosettes, interlaces, and botanical motifs. Since 2010, khachkars, their symbolism and craftsmanship are inscribed in the UNESCO list of Intangible Cultural Heritage.

The vandals have poured black paint all over the memorial.

The Embassy said it condemns the desecration of the khachkar as an act of vandalism.